Alcatel is debuting three new devices at CES, but they won’t be properly detailed until next month at MWC. 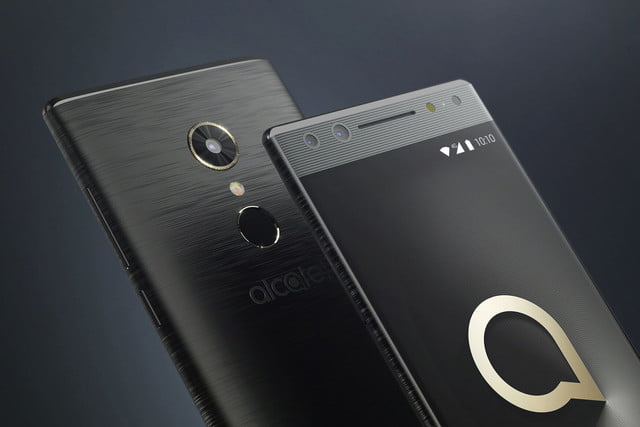 TCL Communications, which owns both the Alcatel brands and BlackBerry Mobile, was quiet on the Alcatel front in 2017 as it focused on pushing the KEYone, but according to Christian Gatti, global president of Alcatel’s phone business, the brand is poised for a comeback of sorts this year.
To that end, Alcatel is debuting three phones at CES 2018 this week, one from each of its three new product lineups: the Alcatel 5, Alcatel 3B, and Alcatel 1X. While they vary in terms of size, build quality, and performance (most of which we don’t know yet) they all have 18:9 aspect ratio screens. Let’s take a quick look at each one:
This is the “affordable flagship” of the lot with an interesting squared-off design. While we don’t know pricing at this point, Alcatel is committing to a “sub-$300” price for the phone, which would put it in good company with many of the mid-range devices released late last year.
It lacks the dual rear camera setup of the Alcatel 3B (and it’s actually quite a bit smaller, too) it does feature a dual front-facing camera setup, one wide-angle and one regular, along with a rear fingerprint sensor. To align with its flagship status, Alcatel is outfitting the phone with a USB-C port on the bottom, and will offer a face unlock feature using the front-facing camera. 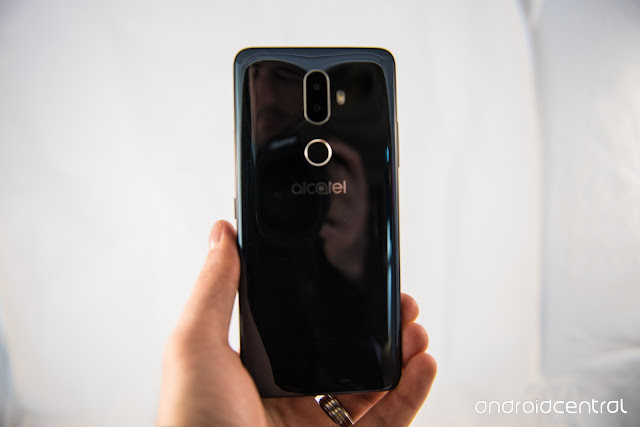 Larger and more imposing, with a glass back and two rear cameras, the 3B is Alcatel’s “sub-$200” device for 2017, but it feels far more expensive.
It also has slimmer bezels above and below the LCD display than the Alcatel 5. It also has a rear fingerprint sensor and a more rounded design, which makes it comfortable to hold in the hand despite its imposing size. It will also have a Micro-USB port. 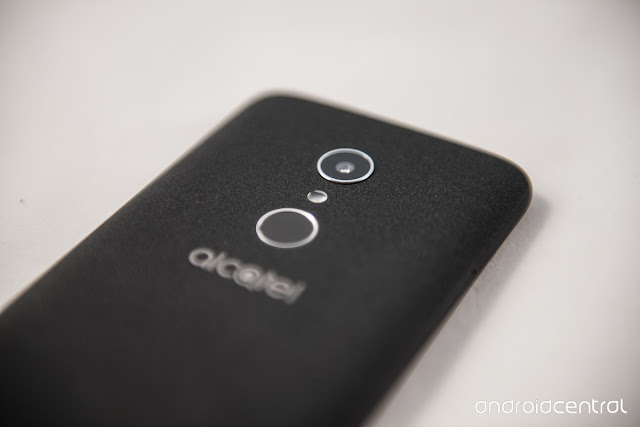 The “sub-$100” device of the lot, this one is really interesting. It has a lovely felt-like texture on the back, along with a fingerprint sensor and a single camera. It has a Micro-USB port and, interestingly, will use its front-facing camera to support face unlock.
That’s all we know about Alcatel’s 2018 lineup right now, but what’s interesting is how confident the company appears to be about its offering. Of course, things are always subject to change, and Alcatel already contends with a saturated market that is getting better year after year. It’s not clear how these phones will fare in the U.S., but around the world, Alcatel is a trusted brand with enormous carrier penetration.
Source