Jul 26, 2016
If you read our review this morning of Windows 10 for PC you will know we are the final stages before next week’s release of the Anniversary Update. Microsoft is now doing a lot of hot-fixes for the OS a new cumulative update is rolling out to Insiders. 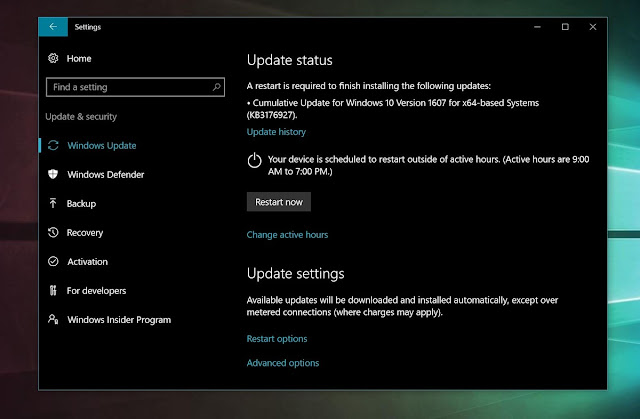 If on PC, you can now download KB3176927. Insiders on Windows 10 Mobile also get a direct cumulative update. Both patches will bump the OS to Windows 10 build 14393.5. Seeing as these are patches they are comparatively small updates for both systems.

Here is what is fixed according to the Feedback Hub announcement:

We have improved reliability and performance of Microsoft Edge with AdBlock and LastPass extensions enabled. These extensions should continue to work after installing other extension updates from the Store.

We fixed an issue causing battery to drain due to runaway CPU processes while a device is idle. We also fixed a battery life issue due to the proximity sensor always running on some devices.

We fixed an issue causing Store apps to stop launching due to a licensing issue.

We have fixed an issue that results in Windows Updates being delayed on systems with Connected Standby.

We fixed an issue where the Korean IME would not have the correct composition on some custom TSF3 edit controls on PC.

We fixed an issue where you might not be able to type in text into Search or some Store apps without having to restart the process.

We have fixed an issue where keyboard input on some Windows tablet devices would not rotate to landscape normally.