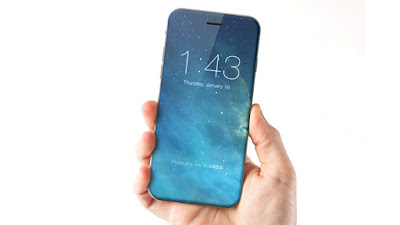 Following news from ever reliable KGI Securities analyst Ming-Chi Kuo that Apple was saving up all its energy for a remarkable ‘all glass’ iPhone 8, it turns out the device might be even more appealing that we were led to believe.

Famed industry commenter John Gruber has used his popular podcast, The Talk Show, to reveal Apple’s 2017 iPhone (widely expected to skip an ‘S year’ and be called the iPhone 8) will feature an ‘edgeless’ display that removes the large top and bottom bezels completely along with the home button.