If you like to game on the move, then check out this little lot.

What keen gamers look for in a laptop differs greatly from what a business user or frequent traveller might look for. Slim and light generally leave the table in favor of raw processing power. Laptops are kind of like cars in that regard: more horsepower means a bigger engine, which needs a bigger fuel tank and more capable heat management. Just replace engine with processor and fuel tank with battery and you’ve got a laptop.

It’s the horsepower that matters most when gaming on a laptop. And while gaming notebooks still can’t fully match up to a tricked-out desktop rig, there’s a ton of choice out there and you won’t necessarily have to part with all your money in the process, either.

These machines cover the whole spectrum of gaming laptops, with something for everyone. As such these aren’t necessarily the most powerful gaming laptops, they’re what we consider the best, and we’re also taking into account how portable these machines are. After all, you do need to be able to take it with you.

For September we’ve mentioned a few refreshes with GTX 10 series graphics from NVIDIA as well as a new entry from MSI. 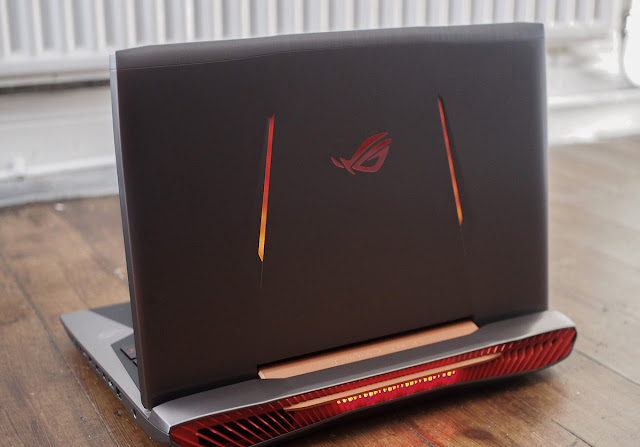 ASUS knows laptops and they know gaming, so it should be no surprise that the ASUS G752 is widely regarded as one of the finest gaming laptops money can buy. And the styling is wild.
Inside we’re up to an Intel Skylake Core i7 processor, specifically the 6820HK or 6700HQ, up to 64GB of DDR4 RAM, NVIDIA GTX 980M graphics or GTX 10 series coming soon, up to 2TB of HDD storage or 512GB of NVMe SSD, a Blu Ray optical drive, Thunderbolt 3 USB-C and a Full HD matte display with G Sync.
You also get a backlit keyboard and some pretty interesting cooling, with ASUS’ own 3D mobile Vapor Chamber keeping the temperature down.
With all of this remarkable hardware on offer, you’d be thinking that the price might be pretty high. Except it’s not; at least not in the grand scheme of the gaming laptop landscape. Prices start around $1,500, which is very reasonable for what you’re getting here… so long as you’re happy with a 17.3-inch laptop that weighs 8.8lbs. 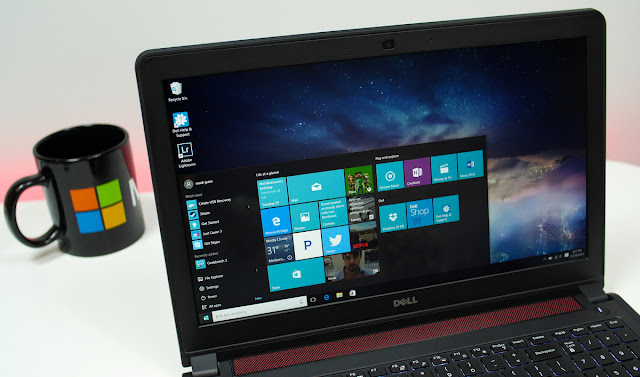 If you like Dell and you like gaming you’ll usually find yourself looking at the Alienware collection. But if you want to play some of the latest titles on a tighter budget you may want to check out the Inspiron 15 7559, which starts at just $799.
And it’s not as if you don’t get good hardware for that, either. The base model comes with an Intel Skylake Core i5 processor and an NVIDIA 960M 4GB graphics card. Pair that with 8GB of RAM, and a 1080p non-touch, matte IPS display, you’ve got a decently capable machine.
Dig a little deeper into your budget and you can go up to a Core i7 processor, 16GB of RAM, a stunning 4K touch display and a combination of speedy SSD and capacious hard drive storage. But it’s so easy to upgrade the RAM and storage you’re probably better off springing for a less expensive configuration and doing the upgrades yourself on the cheap.
It’s good that the upgrades are so straightforward, because you’ll probably want to swap out the HDD. On the cheaper models you get a 5,200 RPM drive which is pretty poor, so either adding an SSD alongside to boot Windows and key apps from or just replacing it altogether would be a good call. But for $799 you’re getting a great package that can be built into an awesome package. 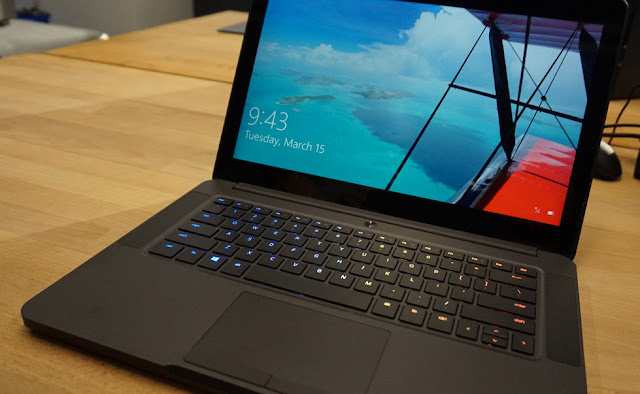 Razer’s latest Blade remains the closest thing to a serious gaming ultrabook, as well as making a serious claim to be the ultimate portable for the serious gamer.
The new Razer Blade packs some impressive gaming specs, including a 14-inch QHD screen, a 6th-gen Quad Core i7 processor, 16 GB of RAM, an NVIDIA GeForce GTX 970M GPU with 6GB VRAM, In addition, the latest version includes Razer’s Chroma lighting system on its keyboard, giving you literally millions of color combinations to choose from to light things up.
It’s the additional Razer Core which gives the Blade a performance edge. The specs in the laptop aren’t exactly weak, but dock it into the Core when you’re at home and you add the power of desktop-class graphics for an even more serious experience. Not just graphics, either, with the Core adding desktop-esque connectivity to your laptop, too. So, with the Blade you have the option to have a top class gaming experience on the go, and a serious desktop-class machine at home. It isn’t cheap, but it’s a lot of laptop for it. 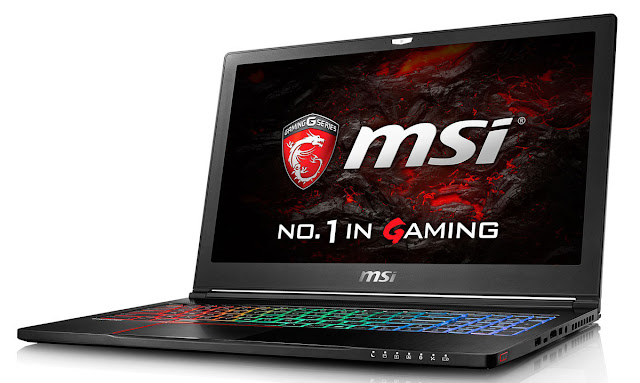 It’s not exactly an ultrabook, but the Stealth Pro from MSI is the closest you’ll come to getting VR-level power from a sleek, slim laptop. The GS63VR may have a boring name, but it’s one of the first consumer notebooks to launch with NVIDIAs latest Pascal GPUs on board and as such you get immense gaming performance. Specifically, you’re getting a 6GB GTX 1060, paired with an Intel Core i7 processor and super-fast DDR4 RAM.
The Stealth Pro is also fully equipped to be your only PC. Throw in all the ports you can shake a stick at, including USB-C Thunderbolt 3, and you’re even enjoying a somewhat future-proof experience.
The Stealth Pro is just the beginning of what we hope is a bright future for thin, light, attractive gaming notebooks. You’ll always need room for cooling and what not, and this does get a little toasty, but it’s almost unbelievable when you look at it and consider what’s contained within. 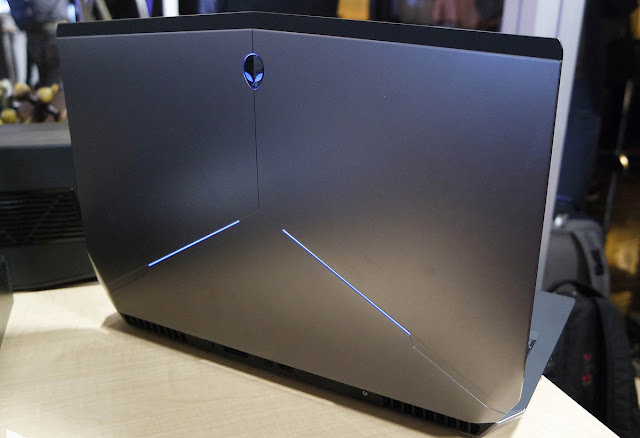 Alienware is a brand some love to hate, but Dell’s gaming arm continues to churn out great machines. While there are choices that are smaller and more portable, or larger and more powerful, the Alienware 15 R2 sits right in the middle, offering the best all-round experience.
It’s more portable than the 17-inch, and it’s not actually much more expensive than the smaller 13-inch model while offering a better quality base spec. You can pack out an Alienware 15 with up to a Skylake Core i7 processor, 16GB of DDR4 RAM, an NVIDIA GTX980M 8GB graphics card, a combination of PCIe SSD and HDD storage and either a 1080p or 4K display.
The Alienware 15 can also hook into the optional, external Graphics Amplifier that adds additional grunt in the form of full sized, desktop-class graphics cards. So at home you get the full power of a desktop gaming rig, but you’ve still got a competent mobile gaming platform for when you’re on the go. 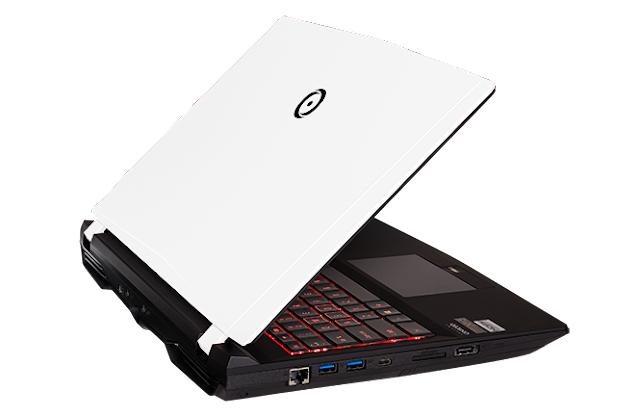 Origin doesn’t think you need to compromise with a gaming laptop and so it puts Intel’s desktop-class processors into the EON15-X. This may be a contributing factor to pretty bad battery life, but you can’t deny the power you’re getting.
That Skylake desktop processor is paired with an NVIDIA GTX 10 series graphics and up to 64GB of DDR4 RAM — this laptop won’t leave you wanting for much. Add in an optional 4K display and dual m.2 SSD drives and there’s not a lot you don’t get with this machine. With the latest refresh, every version of this laptop is now VR Ready.
You can also customize the outward appearance to your liking with a range of designs available for the lid. All this does come at a price — you’re looking at $1,674 for a basic system with a 1080p display and GTX 965M graphics. But if you’re chasing the gaming notebook of your dreams, Origin will probably put you the closest to that of any other manufacturer. 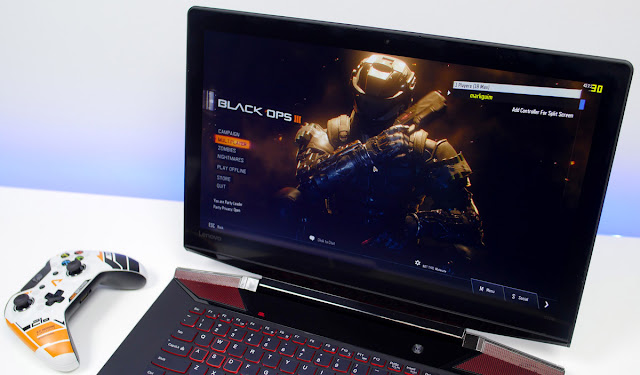 Lenovo’s latest gaming focused notebook takes a different approach on styling to many others. From the outside it looks pretty bare, almost boring — it doesn’t shout at the world that it’s a gaming laptop, though there are some nice splashes of red once you open it up.
Looks aside, you get a competent gaming laptop in the Y700 without having to empty out your wallet. And if you’re an AMD fan, you’re catered for too, with Team Red CPU and graphics options on some models in some markets. You can also get the Y700 in a 14-, 15- and 17-inch form factor, giving you choice on size, spend and spec while getting the same basic experience.
It also means there’s something for everyone. The base 14-incher starts at $699, and going up from there you’ve got options like 16GB of DDR4 RAM, touch or non-touch displays, HDD or SSD storage and, of course, Intel Skylake Core i7 processors. Lenovo’s latest push into the gaming space has a lot to offer.
Source : WindowsCentral