The Google Pixel is the best phone you can currently buy in India. But if you can’t justify its asking price, there are plenty of options available across segments.

The Google Pixel gets the basics absolutely right. The understated metal design is complemented by top-of-the-line hardware in the form of a Snapdragon 821, 4GB of RAM, 32GB or 128GB storage, an astounding camera, and all-day battery life. It is available in two sizes: a 5.0-inch variant with a Full HD display, and a larger 5.5-inch model with a QHD panel.
The Pixel is the ideal device for showcasing Google’s services, including the new Google Assistant. With unlimited photo and video backup, you can take as many photos and 4K videos as you want and never worry about running out of space on Google Drive.
You also get the cleanest Android experience, and the Pixel will be the first to receive new software updates, whether they’re monthly security updates or new platform versions. And because it’s running first-party software, the phone absolutely flies. There isn’t another handset available today that comes close to the Pixel in terms of performance.
Bottom line: If you’re looking for the phone with the most refined software and the best camera, then the Pixel is the device to get.
One more thing: The Pixel is available from thousands of retail stores across the country in addition to Flipkart. 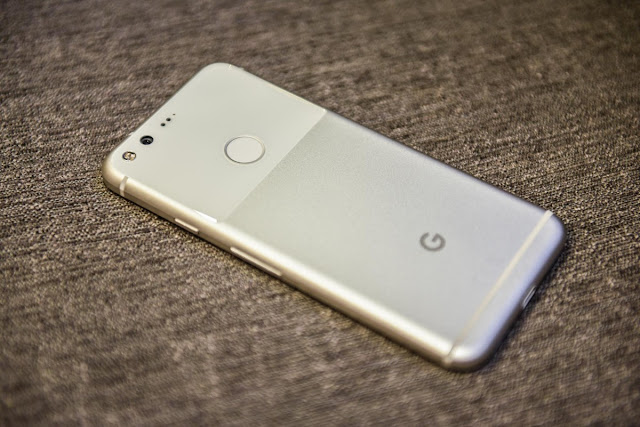 Why the Pixel is the best

After partnering with handset manufacturers over the Nexus line for several years, Google is going at it alone with the Pixel. And in doing so, it has created the phone to beat. Nothing else available on the market — not even the S7 edge — comes close to the software refinement of the Pixel. That’s obvious considering the Pixel is made in-house by Google, but the overall software differs in subtle ways from what we’ve seen on the Nexus.
Whereas the Nexus line carried forth a vision of pure Android, the Pixel is all about what Google envisages for the platform. From the Pixel Launcher to Google Assistant to the weather doodle that changes based on the weather in your area, everything about the Pixel is customized in its own way.
And that’s not even the best part of the Pixel. During its unveil, Google talked about how the phone was the highest-rated handset by DxOMark, and it isn’t hard to understand why. For a pocket shooter, the Pixel takes remarkable images.
Then there’s the added benefit of unlimited photos and video backup. If you’re one to take a lot of photos, the feature makes all the difference in the world. With the Pixel, you’ll be able to transfer all images in original quality over to Google Drive, as well as 4K video, without the media ever getting counted against your storage quota.
Sure, the Pixel isn’t the best value for your money. The S7 edge offers more for less, including water resistance, wireless charging, a dual curved screen, and a more premium design. That said, the Pixel wins out in day-to-day use, primarily on account of the camera and the software experience. For all the advances Samsung made with its user interface in recent years, it does not come close to what’s on offer on the Pixel.

India is the number one market for the Moto G series, for good reason. For ₹13,999, there are few phones that are as reliable as the Moto G4 Plus. This year’s variant offers a Full HD display for the first time, with the panel itself scaled up to 5.5 inches. Internal hardware has also been upgraded to 3GB of RAM, 32GB storage, Snapdragon 617, and a 3000mAh battery.
The Moto G4 Plus is also the first in the Moto G series to sport a fingerprint sensor. And this time around, you get a fantastic 16MP camera that’s one of the best in this segment.
One key area where the Moto G4 Plus differs from the competition is when it comes to software. Unlike its Chinese rivals, the Moto G4 Plus offers a clean Android skin, one that’s devoid of any customizations. Motorola does offer some differentiation through Moto Actions, a series if gestures designed that let you open the camera, toggle the flashlight, or enter the new one-handed mode with ease.
Bottom line: While not as powerful as other devices in this segment, the Moto G4 Plus comes out on front when you look at the overall hardware and software experience.
One more thing: Both the Moto G4 and G4 Plus have picked up the Nougat update in India recently, bringing a slew of new features. 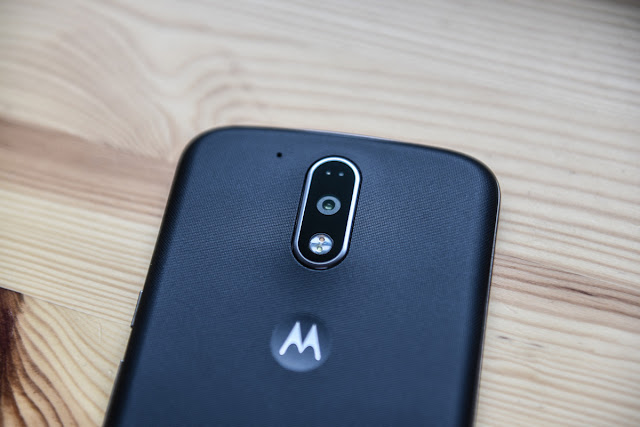 *Sorry no china products in the my list
Source : Androidcentral