Sep 7, 2016
The Lumia 950 XL is right now the best Windows phone you can buy. Its big, beautiful display is a pleasure to look at, and all of the best features of Windows 10 Mobile are available.

The Lumia 950 XL is one heck of a phone, all things considered. It boasts a 1440p 5.7-inch display that makes everything look downright gorgeous, a 20-megapixel PureView camera, wireless charging capability, and a 3340mAh battery. Everything you love about Windows 10 Mobile can be found here, including Continuum, Windows Hello, and your personal assistant, Cortana. Finally, you get some Lumia exclusives like Glance not found yet on other Windows 10 Mobile phones. 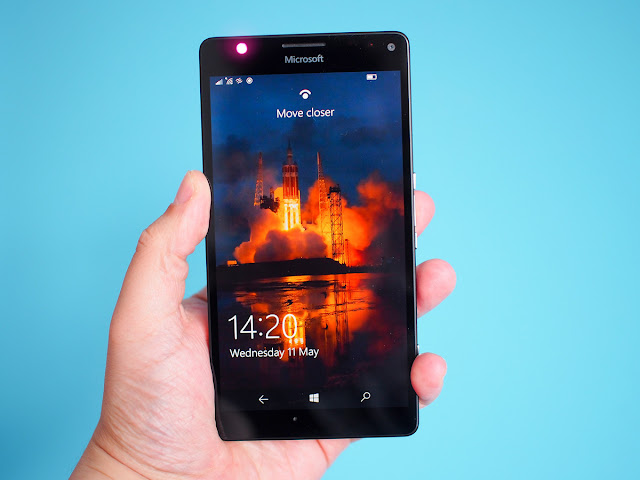 Despite being relatively thin and light, the Lumia 950 XL comes packed with features and enough power to tackle any challenge you throw its way.

Microsoft decided to go with a double-threat flagship offering which brought us both the Lumia 950 and Lumia 950 XL. While the two phones share a lot of similarities, the 950 XL is definitely the better phone.

The 5.7-inch AMOLED display has a 1440×2560 resolution, which makes pretty much everything you view look amazing. Contrast is perfect, it’s plenty bright for when you’re using your phone in direct sunlight, and colors really pop out at you (you can adjust the color profile in settings too). Getting stuff done, especially when using Microsoft Office apps, is a breeze because of the size of the screen.

Even those of you with relatively small hands shouldn’t find the phone uncomfortable to use over long periods of time. Big phones are usually heavy, but the Lumia 950 XL is surprisingly light at 5.82 ounces (165 grams). The body is also quite thin considering how much is packed into it, including a Qualcomm Snapdragon 810 processor, 3GB of RAM, and 32GB of internal storage.

This phone is seriously a pleasure to shoot pictures with. The rear-facing, 20-megapixel PureView camera has a ZEISS F/1.9 lens and a three-LED flash that captures stunning stills and 4K video, while the front-facing, 5-megapixel camera is enough for selfies and video chats. The Lumia 950 XL comes with 32GB of included storage that can be expanded by up to 200GB with a microSD card, which is great for anyone who loves to shoot 4K video.

Windows phones wouldn’t be the same without all the mobile platform goodies, which you’ll find here. A built-in iris scanner works with Windows Hello to add an extra layer of security to your device, Cortana is waiting to lend a hand, and Microsoft Continuum lets you plug in your phone at your desk to take advantage of a monitor, keyboard, and mouse. If you travel a lot or if you want to manage two numbers on the same phone, the Lumia 950 XL has a dual-SIM feature.

The plastic back of the phone pops off to reveal the removable 3340mAh battery which has more than enough juice to get you through the day. If you like to keep your battery topped up, the Lumia 950 XL has Qi wireless charging capability. For the fashion conscious out there, you can pick up different backs for the phone, or you can choose from black and white options straight from the factory. The Lumia 950 XL, everything included, starts at about $500.

For the price you’re paying — about $200 — the Lumia 650 is an amazing phone. The display, a 5-inch 720p AMOLED panel, has a crisp picture with vivid colors, and can be easily read despite its lower resolution. It comes with an 8-megapixel rear-facing camera that can record 720p video, a 5MP front-facing camera, and it has 16GB internal storage that can be expanded up to 200GB with a microSD card. So where does the price difference really appear? You won’t find Windows Hello or Microsoft Continuum here.

Bottom-line: If you love the Lumia line of phones, but don’t want to pay top dollar for a Lumia 950 XL, you’ll definitely want to go with the Lumia 650. 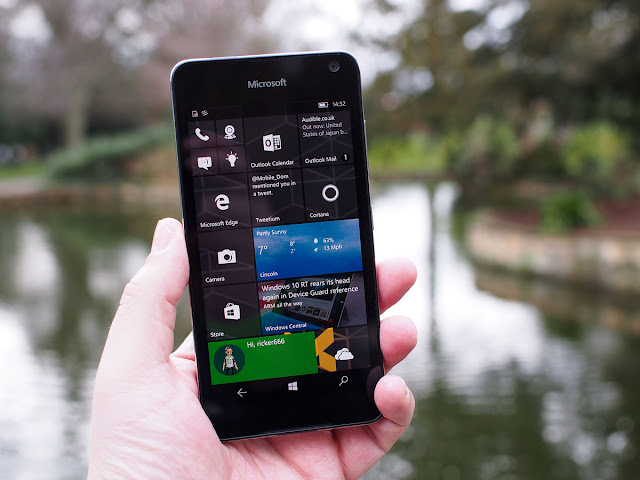 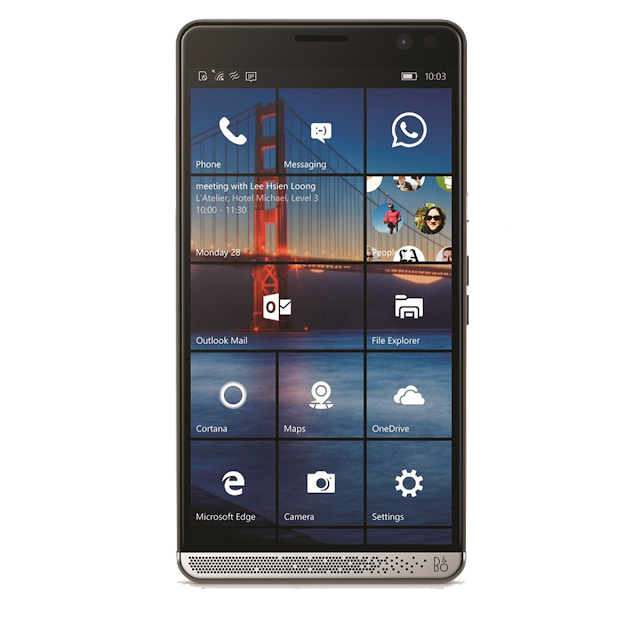 HP’s new Windows phone is essentially a PC that’s been shrunk down to fit in your pocket. An enormous 5.96-inch 1440p AMOLED display lets you get more done when combined with Microsoft Office apps, and if you’re sitting at your desk, you can use Microsoft Continuum to hook things up to a monitor, keyboard, and mouse. HP understands how important security is in the business world, which is why they included fingerprint and iris scanners. The front-facing camera is a respectable 8MP to ensure you come in clear during conference calls, and the 4150mAh battery will keep your phone on and working for the entire day.

HP is still new to the Windows 10 Mobile world so there are some early bugs and issues to be fixed with forthcoming firmware. Nonetheless, the Elite x3 will be the most powerful Windows phone around until 2017. The one downside is perhaps the camera, which is not as strong a performer as the Lumia 950 or Lumia 950 XL.

Bottom-line: If you want to get a phone that was built from the ground up with business in mind, have a look at the HP Elite x3.

One more thing: The HP Elite x3 comes with a desktop dock that lets you use Microsoft Continuum.

If you want a great Windows phone but don’t want to shell out the big bucks, check out the Lumia 650. If you’re in the market for a phone that was designed specifically for the business-oriented, you’ll want the HP Elite x3. For the best overall Windows phone, stick with the Lumia 950 XL, which can be found on the cheap these days too.