Google Assistant is coming to all phones running Marshmallow and above

Get ready to interact with the Google Assistant on your phone. 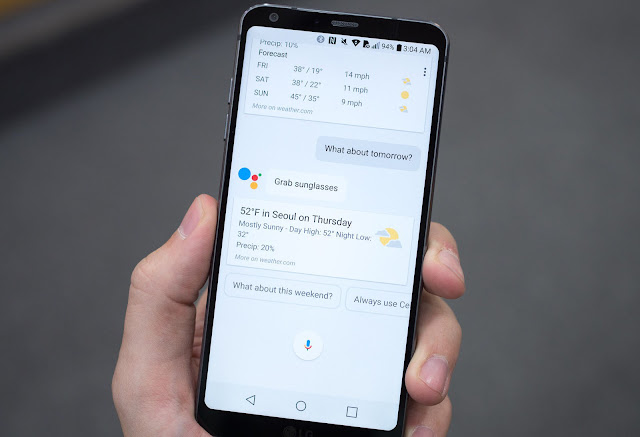 The Google Assistant is available on the Google Home, Android Wear 2.0, Google’s messaging app Allo, the NVIDIA Shield TV, and Android TVs, and Google is now vastly expanding its reach by bringing the AI-based virtual assistant to all phones running Android 6.0 Marshmallow and above.

Google made the announcement at Mobile World Congress, stating that the rollout will kick off later this week for English users in the U.S., followed by English users in Australia, Canada and the United Kingdom, as well as German speakers in Germany. The best part is that you don’t have to wait for an update from your manufacturer or carrier to receive Assistant, as an upcoming update to the Google app — version 6.13 — will enable the functionality.

Assistant will be enabled on millions of phones through an update to the Google app.

All phones running Google Play Services will be eligible to receive the update, which rules out devices made in China and those using forked versions of Android. You also need to have a phone running at least 1.5GB of RAM and a 720p display to use Assistant.

Google has mentioned that it will make the Assistant compatible with more languages over the course of the year. New handsets will offer the Google Assistant out of the box, like the LG G6. Google is also showcasing Assistant on phones from HTC, Huawei, Samsung and Sony later this week at MWC.

Assistant is still in its nascent stages, but there’s a wealth of functionality on offer. You’ll be able to use the “Ok Google” command to view flight itineraries, weather alerts, set reminders, control the lighting in your house, view calendar events, and so much more. Google Assistant understands contextual queries, allowing you to pick up from where you left off in a particular thread.

By rolling out Assistant to all Android phones, Google is looking to take the fight to Amazon’s Alexa. Alexa has racked up over 10,000 skills over the last two years, but the ubiquity of Android allows Google to reach a far wider userbase, thereby giving the search giant much more data to work with to improve Assistant.