Sep 15, 2016
Microsoft has listed the various improvements, bug fixes and known issues in the just released Windows 10 PC and Mobile preview build 14926 that was sent out to Insiders on the Fast update ring. 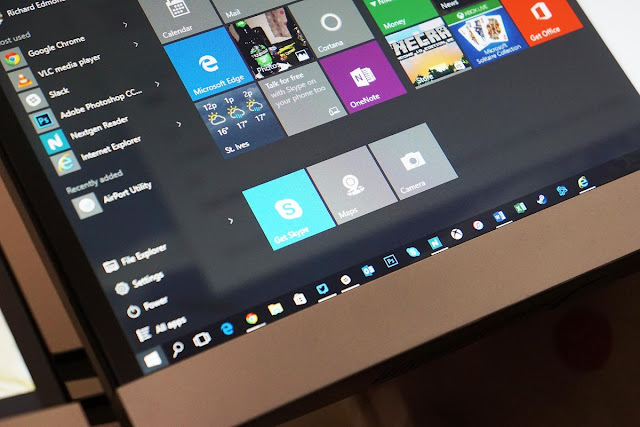 The list was posted by Windows Insider head Dona Sarkar in a blog post, starting with the improvements and fixes on the Windows 10 PC side:

We fixed the issue causing Adobe Acrobat Reader to crash when you try to launch it.

We fixed the issue causing the Settings app to crash when navigating to Settings > Personalization.

We fixed an issue where Windows icons and text are not rendered correctly on some devices with Intel Atom (Clovertrail) processors.

We fixed the issue where some people would experience a bugcheck (bluescreen) after plugging/unplugging certain types of Kindles such as the Paperwhite and Voyage.

We have addressed the largest cause of reliability issues in Microsoft Edge running on Insider Preview builds. This should improve reliability on major websites such as Facebook and Outlook.com.

We fixed an issue resulting in certain links (for example, Facebook) displaying a default favicon in the Microsoft Edge Tab, rather than the logo intended by the website.

We fixed an issue where the Wi-Fi icon in the taskbar might show full bars when connected to a Wi-Fi network with low signal.

We fixed an issue where File Explorer’s “Open Command window here” context menu option was opening set to the C:WindowsSystem32 path, rather than the desired directory.

We fixed an issue potentially resulting in the taskbar no longer auto-hiding when a full screen window has focus (for example, when watching videos, gaming, or when using Remote Desktop). Note: If there’s an app that is asking for attention, it’s by design that the taskbar won’t hide (so you can see that there’s something trying to notify you).

The improvements and fixes for the Windows 10 Mobile preview side include:

We fixed a scaling issue on devices such as the Lumia 635, 636, or 638 where the bottom of certain apps, like Messaging and Maps, would get cut off and rendered off screen.

We heard you and we have addressed the largest cause of reliability issues in Microsoft Edge running on Insider Preview builds. This should improve reliability on major websites such as Facebook and Outlook.com.

We fixed an issue resulting in the sound of key presses and lock/unlock being barely audible when the phone was using a moderate volume.

We fixed an issue where, if Quiet Hours had been turned on, banner notifications might not start appearing again until Action Center was opened or an interactive notification popped up and was dismissed.

We fixed an issue where Cortana would crash when trying to open Reminders page.

We have improved the reliability of VPN Settings page via Settings > Network & wireless > VPN.
We fixed an issue resulting in the thumbnail for portrait videos displaying with an incorrect aspect ratio in the Photos app when panning through the Camera Roll.

The current known issues on the Windows 10 PC preview build include:

After updating to this build, built-in Windows 10 apps such as Calculator, Alarms & Clock, and Voice Recorder may not work. To get these apps working again, go to the Store and re-download/install them.

For keyboard users, using tab to navigate the Settings app will not work in this build. The arrow keys should work as a temporary workaround.

Finally, here are the known issues for the new Windows 10 Mobile preview build:

Some devices such as the Lumia 650 will fail to install this build with Error 0x80188308. We are currently investigating this issue.

Action Center no longer closes if you swipe up on the empty space (area of Action Center that doesn’t show any notifications).

Using your phone as a mobile hotspot will work the first time but subsequent attempts to use the feature will result in the inability to enable the hotspot until the phone is rebooted.

Keep in mind that since these are new preview builds, they may have issues that have not yet been found by Microsoft’s internal testers.