How to back up your Android

Jul 5, 2016
Losing your stuff is no fun. Neither is trying to get it all back on a new phone. Here are some tips to make it easier to keep everything important backed up. 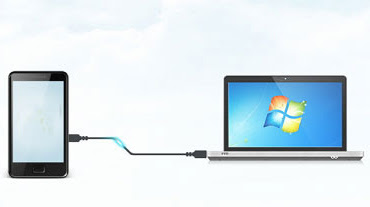 We keep a lot of things on our phones. We have pictures and videos, details about the people we know, schedules and important dates and more. Many of us depend on our phones to help keep track of a good part of our daily lives. With all this stuff stored in one portable place, it can be a disaster if we lose it all. Some of us have been there — our phones were lost or stolen or broken. It’s not fun to try and sort it all out on a new phone, Not fun at all. That’s why it’s important to try and copy everything in another place and keep a backup of your important data.

Android is a cloud-based operating system. It was designed to be connected and keep everything synchronized with a computer in a cold building somewhere electricity is cheap. Seriously, data centers are huge banks of machines that mostly exist to store things and have them ready when someone wants to see them. And Google knows all about setting up and maintaining data centers. It makes sense for Google to support and develop a cloud-based system because they are the cloud.

Android was designed from the ground up to be a cloud-based OS.

Google has built-in synchronization for your email, your contacts, your notes and just about every other service they offer. If you move to another phone, just sign in with your Google account and all your stuff is there — except not really.

We don’t just use Google’s app on our phones, and that’s where things get a bit funky. Any app published on Google Play has the ability to store your data (whether its recipes or game progress or anything else) for free inside your Google account. The problem is that many developers don’t bother to use it. I’ve heard from some app devs that it’s a trivial thing to include, while others say it’s a big mess. I’ll assume it depends on just what you;re trying to back up. For whatever reason, one thing to look for when choosing which apps you want to install is if they keep your data safe in case you have to move to another phone — either through Google or their own method. We covered how to set up backup through Google, so be sure to have a look if you have any questions.

How to back up through Android settings :

For a lot of us, though, the shift from keeping the second copy of all our stuff on a remote computer instead of the computer in our home isn’t easy. If you’re coming from an iPhone or a BlackBerry you’re used to plugging your phone in and copying stuff to your computer, with a piece of software installed that makes it fairly simple. That makes sense, too, because Apple and BlackBerry aren’t cloud-first companies (though they are moving in that direction.) Some of the companies who make our Androids recognize this and offer a program suite you can install and connect your phone to copy your stuff locally. It’s important to them to try and offer what we want and what we’re used to doing. We’ve covered LG Bridge and Samsung Smart Switch to get you started if this is how you would rather do things.

As you can tell, there is no do-it-all program you can install on your computer to make a 1:1 copy of everything on your Android. There never will be because Google is all about the cloud. Their business model depends on users being connected — Google doesn’t make money from selling phones. Android is a cloud ecosystem, and that means it’s not right for everyone. And that’s OK. And app developers not using Google’s way of backing up data for their apps can be frustrating, but with an open system, there’s not much that can be done about it. Google doesn’t force developers to use cloud saves to publish an app. Support developers who make it easy on you by delivering a way to keep your data, and know that Google is working on ways to back things up without developers doing anything differently. It’s getting better and will continue to improve.

But it’s not difficult to keep all of your stuff in place, and get it all back when you move to a new phone. It just requires a bit of know-how and a few settings.