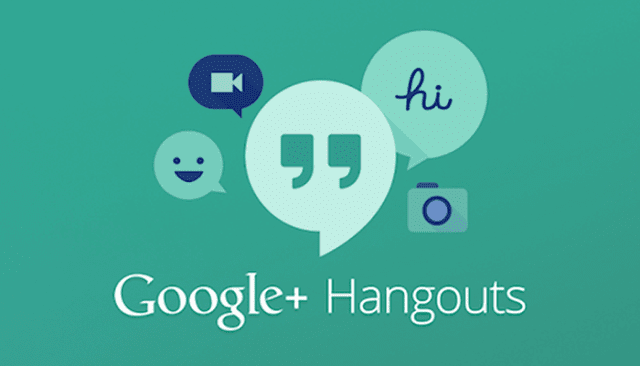 Why pay for domestic calling when you can make Wi-Fi calls to Canada and the U.S. for free with Google Hangouts? All you need is the Hangouts Dialer and you’ll be able to dial any number and make a call via Wi-Fi, 3G, or 4G (data rates apply, of course).

You can call internationally, but you will be charged Google’s rates. That being said, Google’s international rates are considerably cheaper than many leading telephone service providers’ rates.

Here’s how to make Wi-Fi phone calls using the Hangouts Dialer and Google Hangouts for Android!

Launch the Google Play Store from your home screen or the app drawer.

Tap the search bar at the top of your screen.

Type Hangouts Dialer into the field.

Tap the search button on the bottom right of your screen. Depending on your keyboard, it probably looks like a magnifying glass. 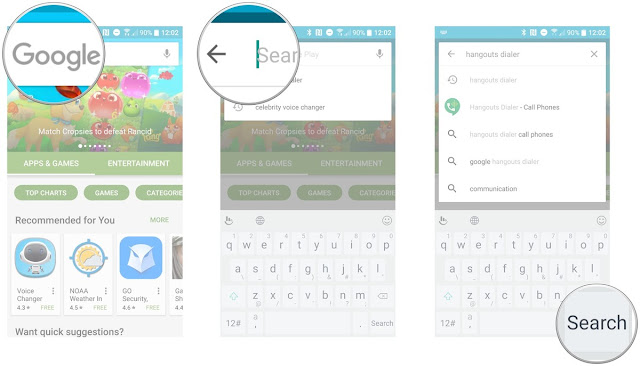 Tap the result by Google Inc. 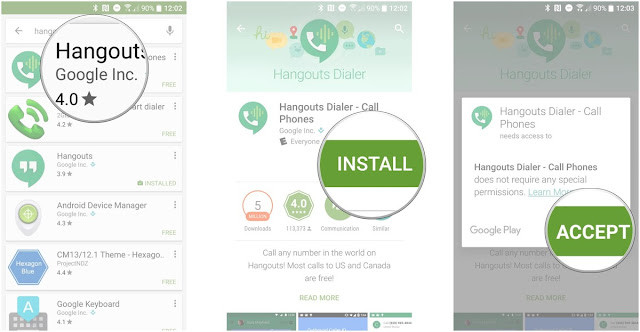 Tap the keypad button at the bottom of the screen. It’s a little grid of nine dots with a tenth underneath.

Dial the Canadian or American phone number you wish to call.

Tap the green call button at the bottom of your screen. It’s a green circle with a white telephone receiver in it.

Tap the red hang up button to end the call. It’s a red circle with a white telephone receiver in it. 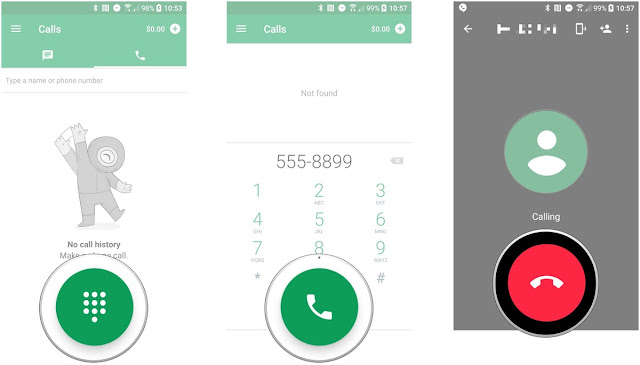 Launch Google Hangouts from your home screen or the app drawer.

Tap the calls button if you’re not already on that screen. It’s the white telephone receiver on the upper right of your screen.

Tap Clear recent on the upper right of your screen.

Tap Clear in the pop-up. 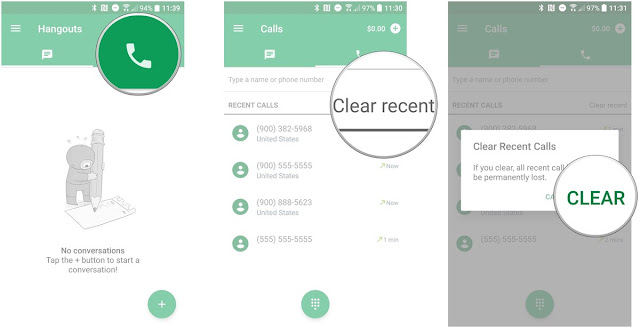