Jul 13, 2016
In an unusual move, Samsung has confirmed the name of its next Galaxy Note handset ahead of time — and explained the decision to jump straight from Note 5 to Note 7. 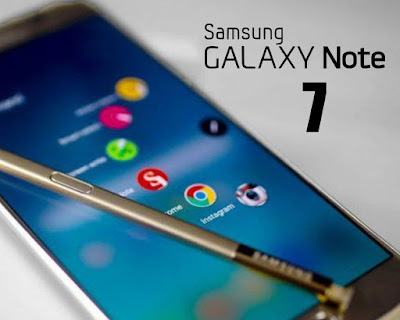 The Samsung Galaxy Note 7 rumor mill has been churning for some time now, but today at least some of the speculation can end, as Samsung has confirmed one longstanding rumor. That’s right — the Korean firm is jumping directly from Galaxy Note 5 to Galaxy Note 7. The move keeps the numbering Samsung’s Galaxy S and Galaxy Note lines in sync, as explained in a company blog post:

It also makes sense to jump straight to number seven given the expected arrival of the iPhone 7 this fall.

While the name is confirmed, Samsung hasn’t yet shown us anything of the phone itself. That’ll have to wait for the official launch event, to be held in New York City on August 2.

Satellite events will happen in London and Rio de Janeiro.

With added functionality of the S Pen and large screen, the Galaxy Note7 is a powerful instrument for achievement and self-expression, and is made for those who want to get the most from their phones – and their lives. Galaxy Note7 will help people do more in work, at home and everywhere in between. We can’t wait to tell you more about it!

First and foremost though, you might be curious as to why it’s called Galaxy Note7 instead of Galaxy Note6. There are a couple reasons why. First, the Galaxy Note7 will complement our Galaxy S7 and S7 edge, and unify our product portfolio. Second, the Galaxy Note7 will minimize confusion about the latest mobile technology from Samsung, and provide full alignment with Galaxy S smartphone. 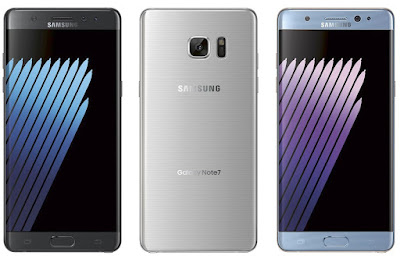 As for what we’re expecting from the Note 7, the current crop of rumors points to a 5.7-inch screen size, an S7 edge-style curved display, the same impressive 12-megapixel camera as the GS7 and water-resistant features to boot. It’s also been rumored that the next Note will feature an iris scanner for additional biometric security, along with a bumper 4,000mAh battery. Leaked renders have also given us a decent idea what the phone will look like — basically, expect a cross between an S7 edge and a Note 5.

Whatever happens, we’ll be live from NYC on August 2 to bring you full coverage of the Note 7’s official unveiling. 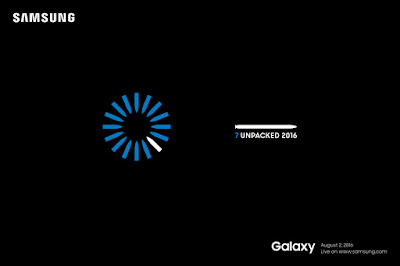