Oct 7, 2016
Facebook CEO Mark Zuckerberg demoed a new way to hold online meetings with others in virtual reality by wearing the Oculus Rift headset during the Oculus Connect keynote address. 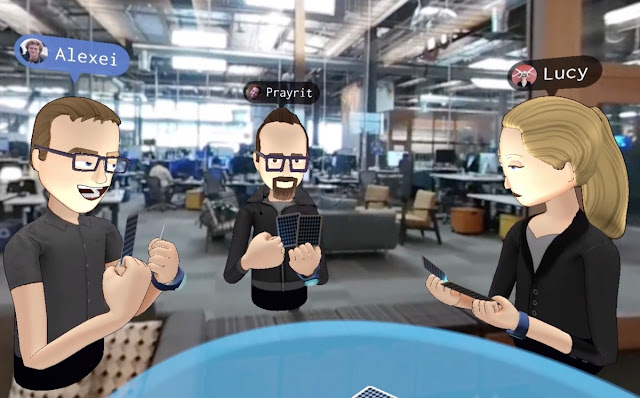 During the keynote, Zuckerberg chatted with two teammates, seeing them as full 3D animated avatars, complete with voice syncing. Even Zuckerberg’s avatar was seen, where he remarked that he looked like a young Justin Timberlake. The trio switched settings from the keynote meeting room to the surface of Mars to the bottom of the ocean. They also switched over to Zuckerberg’s house where all three checked on his dog. Zuckerberg even took a Facebook Messenger video chat message from his wife.

The demo also showed how the avatars could play games like cards, chess and even fencing. The social VR demo looked impressive, but there’s no word on when it will be available for Oculus Rift owners.