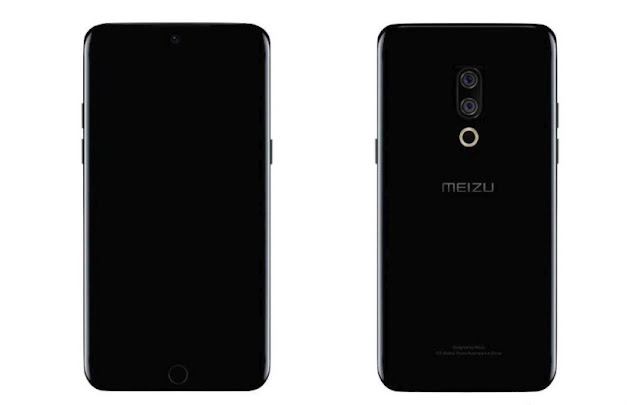 A render leak of the upcoming Meizu 15 has made its way to the Internet.

The rather dark render still shows a dual rear camera setup for the China-based phone.

It also shows a curved display and what could be a fingerprint sensor on the bottom front bezel.

A few days ago, renders of the upcoming Meizu 15 Plus were posted on the Internet, showing a phone with a small amount of bezel and an 18:9 ratio for its display. Today, another render has made its way to the Internet, reportedly showing the smaller Meizu 15 model.

The renders were posted by a Twitter user (via GSMArena) but unfortunately, they are extremely dark and don’t show a lot of detail. Assuming they are accurate, we can see that the Meizu 15 will have a dual camera setup, with both sensors mounted vertically, similar to what was shown in the earlier Meizu 15 Plus renders. There’s also a silver circle below the camera, but there’s no word on what that might be. It’s possible that it could hold a laser autofocus and/or a 10-LED flash, which is similar to what’s found on the older Meizu Pro 6 Plus.

The front side of the render shows that the Meizu 15 may have a curved display on both edges, along with what looks like a home button on the bottom bezel that may double as the device’s fingerprint scanner. There’s no word yet on the phone’s hardware specs, although the larger Meizu 15 Plus is rumored to have the upcoming Qualcomm Snapdragon 845 chip, along with either 6 GB or 8 GB of RAM.

Both the Meizu 15 and Meizu 15 Plus are rumored to be officially revealed sometime in February, just in time to help celebrate the company’s 15th anniversary. What do you think of the look of the Meizu 15?