Sep 2, 2016
Microsoft is now well into development of its next planned update for Windows 10 codenamed Redstone 2. Insiders have been testing early Redstone 2 builds for a few weeks now, and so far not much is new regarding features, as the company is focusing on under-the-hood changes right now. 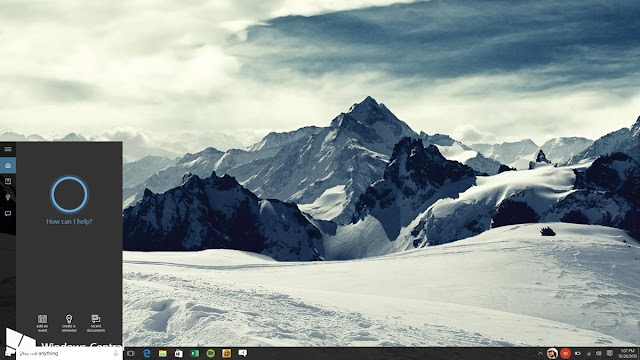 Luckily, features should start to pick up soon, and two new features I hear are in the works involve the taskbar and screen brightness. According to sources familiar with the matter, Microsoft is working on a new People Bar that will show faces of recent/active contacts on your taskbar, down next to the System Tray.

In internal concepts  contacts show up in circular icons similar to that in the People Hub. I’m told this feature will hook up to Skype, GroupMe and even Office for things like active collaborators within Office, with the ability to quickly message people by selecting their icon.

I’m told this is a feature planned for Redstone 2, even though it’s been in development since before Windows 10 originally shipped back in 2015. It’s been in the works under the name People Bar, and recent builds have seen code that represents this. However, Microsoft may opt to call it something different by the time it ships.

Speaking of code, some Insiders have spotted references to a new feature called Blue Light (placeholder name) that will be toggle-able via the Action Center. By the looks of things will act similarly to f.lux, an app that automatically changes the tone and color of your screen depending on your current lighting environment or time.

F.lux helps with eyestrain and is a favorite tool among power-users and those working long hours at computer screens especially late into the night. F.lux dims your display and gives it a yellow hue that reduces eye fatigue and lessens interference with your circadian rhythm that could affect your sleep patterns. This feature will be super helpful as a built-in option within Windows, especially if you’re always operating in Microsoft Office all day. Since Office is playing a prominent role in Redstone 2 and Redstone 3, I’m honestly not surprised to see this feature is in the works.

Both Apple and Google have introduced similar blue-light omitting technologies in iOS and Android, respectively.

To refresh, I’ve already revealed that Redstone 2 and Redstone 3 will incorporate a new Office Hub and Working Sets feature that will make being productive within Windows far easier. We’ve also heard that OneClip is making a comeback, too. Check out our Windows 10 Redstone 2: What We Know bulletin for everything Redstone 2 related.