Oct 12, 2016
Today is Patch Tuesday and as such Microsoft is pushing out new cumulative updates for Windows 10 PC and Mobile. 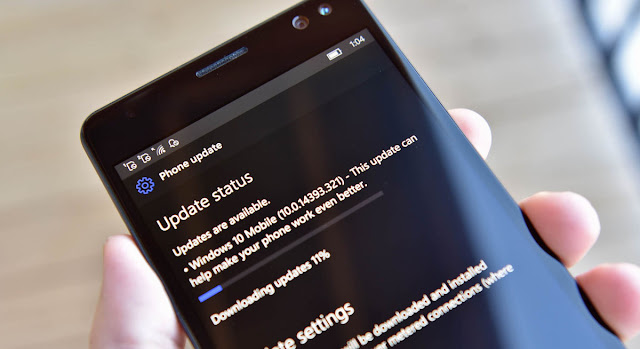 Build 14393.321 is now live for those on Production and Release Preview  and with it comes new fixes and improvements.

This update includes quality improvements. No new operating system features are being introduced in this update. Key changes include:

Addressed issue that required users to log out and log back in before using the application they installed using the Windows installer (MSI).

Addressed issue that was causing excessive battery drain on Windows 10 Mobile when connected to Wi-Fi.

Addressed issue in which setting up both fingerprint and iris recognition sometimes causes the sign-in to fail on Windows 10 Mobile.