Feb 28, 2017
Arrow Launcher, an Android launcher from the experimental Microsoft Garage, has picked up a rather big update to version 3.0 with some handy new features and big performance gains in tow. Perhaps the biggest change is the addition of a new utility page that can serve up access to common productivity functions like recent activity and apps, reminders and documents, and more. 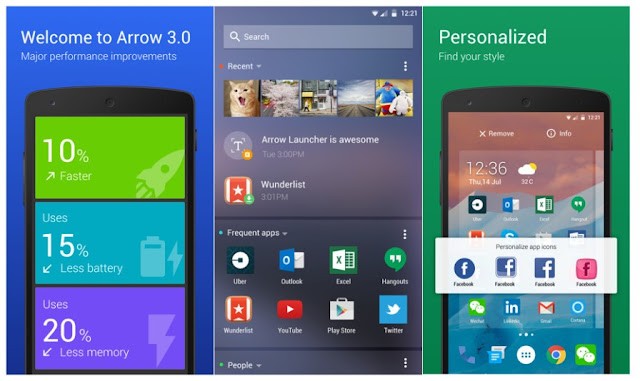 Of course, there’s more included in this update as well. Here’s a look at the full official changelog:

Ability to select VERTICAL or HORIZONTAL scrolling for apps page.
Brand-new utility page. Pin utility “cards” as individual pages, or customize to your heart’s content.
Small changes to “Backup & Restore” feature.
Bug fixes.
In addition to the above, version 3.0 comes packed with a range of Bing wallpapers that are updated daily. On the performance front, Microsoft is also claiming Arrow Launcher is 10% faster, 20% more memory efficient and 15% more battery efficient.

If you happen to be a Microsoft junkie using an Android device, Arrow Launcher is definitely worth a look (our pals over at Android Central even gave it two thumbs up). To check out all of the latest features, be sure to grab Arrow Launcher 3.0 from Google Play now.