It’s time to break out from the budget segment.

The Nokia brand, reborn under the company HMD Global, is set to release a proper flagship phone above the previously released Nokia 3, 5, and 6 — it’s the Nokia 8. Well-known leaker Evan Blass has some early details over at VentureBeat. 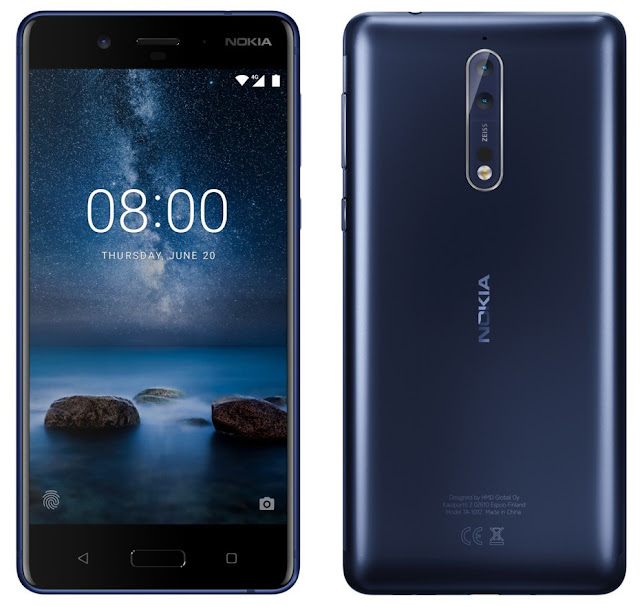 What interests me about this video [https://t.co/eSzd0XHvrt] is that it shows 4 smartphones, but Nokia only sells 3 (none w dual lens). pic.twitter.com/RKStSoSgM5

The Nokia 8 is a slightly larger phone that stylistically fits in the same family as the 3, 5, and 6 but has top-end specs to compete with other leading flagships. It’s expected to have a 5.3-inch QHD display, Snapdragon 835, at least 4GB of RAM, and of course a dual camera with Carl Zeiss optics in front of 13MP sensors. It’s all expected to run Android 7.1.1, and its current set of phones have shown HMD isn’t interested in messing with the software much.
Up to this point the refreshed release of Nokia-branded phones has been in the budget segment and almost entirely leveraging the recognition of the Nokia name. It will be interesting to see how a phone that is likely to sell for $600 or more can differentiate itself in its actual components or experience, as the Nokia name alone isn’t going to be enough to take down the fantastic set of flagships in 2017.

Rumors point to a proper announcement of the Nokia 8 on July 31.