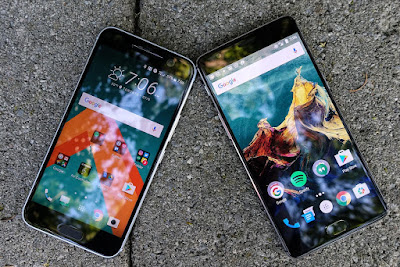 The commodification of our gadgets is a known quantity by now, but no single category of product has so profoundly affected our lives as the smartphone. So it is strange when we dismiss them as boring, stifled from years of small improvements.

It is important, then, to realize how important the OnePlus 3 is, not just to the unlocked Android ecosystem but to its more expansive counterpart, the mobile world at large. After struggling to scale for two years, necessitating a reputation-staining invite system that (admittedly) sent prospective buyers into simultaneous fervors of despair and anger, OnePlus managed to roll out its latest product to hundreds of thousands (if not millions) of people, in dozens of countries, in a single day. And it managed to overcome perhaps the biggest problem of all: distribution to those countries through an e-commerce platform that localizes to a user’s currency, taking into account customs charges and taxes. OnePlus did this with no carrier relationships to fall back on, and a parent company that is barely known outside of its home country.

In other words, the OnePlus 3 is a big deal.

That’s why a comparison to the HTC 10 is so apt. Though HTC came at its latest phone with a strict focus on audiovisual superiority — better screen, best sound, and most ultra camera — it is still a relatively simple product. There is little in the way of excess features, just a solid smartphone from start to finish.

But it is in comparing the two phones that I start wondering, Is the OnePlus 3 so great because of its price, or in spite of it? Obviously, its $399 entry sweetens the deal over flagships like the HTC 10 that cost twice as much, but do HTC’s tangible upgrades, and some intangible elements like software updates, justify its higher cost? And, as you’re unlikely spending $699 up front on the HTC 10, or any flagship for that matter, does it really matter?

What’s in a spec sheet? On paper, the HTC 10 and OnePlus trade notable advantages: the former a gorgeous SuperLCD5 panel; the latter 6GB of RAM and 64GB of internal storage. Both devices have the latest Snapdragon 820 processor and sizeable, if Quick Charge-dependent, 3,000mAh battery cells.

So as with most things, the details matter. The HTC 10 packs a 12MP rear camera with comparatively large 1/2.3-inch sensor and 1.55um pixels, while the OnePlus 3’s 16MP shooter is smaller at 1/2.8-inches and 1.12um pixels. As we’ll see later, the differences aren’t as stark as you think, and both excel in different scenarios. That’s the curse of 2016: every phone is great. It’s just about accepting one compromise over another.

From a design perspective, these two devices could be second cousins. Though the OnePlus 3 is taller, with a less pronounced back edge, they are both constructed of single pieces of metal with glass fronts, along with pronounced antenna lines and slight camera bumps. The OnePlus 3 actually more closely resembles an outsized HTC One M9 with its square camera, but it’s certainly not a clear ripoff: there is still a small amount of OnePlus design DNA embedded in the squared-off edges and combination of modular capacitive buttons and fingerprint sensor-equipped oblong power button.

The HTC 10’s smaller 5.2-inch screen and rounded back makes it more comfortable to hold and use in one hand, but both are relatively accessible if the other paw is occupied. Comparing the screens themselves, though, is a different story: the HTC 10’s 2560×1440 pixel SuperLCD5 display is nothing short of stunning, with vivid colors, superlative viewing angles, and deep, fulfilling blacks despite the presence of a backlight. In contrast, OnePlus has been criticized for its inaccurate 1080p OLED display, but there is nothing particularly wrong with it, and even without the SRGB-enhancing update (which had yet to roll out by the time this article was written), I found no glaring issues with the screen’s color gamut. This is, plainly, not an issue for most people. HTC’s screen is better, but even with the resolution bump, certainly not twice as good.

Below each display, the phones’ respective fingerprint sensors beckon beside capacitive buttons that seem like an acknowledgement that Samsung somehow won the fight. Though it’s possible to enable on-screen buttons on the OnePlus 3, I’ve come to appreciate the uncomplicated nature of its capacitive duo, whose functions can be swapped around and customized according to each person’s needs

The HTC 10’s SuperLCD5 display is nothing short of stunning, but the OnePlus 3’s screen has been unfairly criticized.

Ultimately, both phones are tremendously well built, with the HTC slightly denser and thicker, and the OnePlus a slightly lighter, flatter approximation of the same thing. It’s hard to say which one feels better — the HTC 10 certainly requires less adjustment to use with one hand — but it’s not immediately clear that the more expensive phone was produced with better materials. Indeed, examining them closely reveals that the OnePlus 3 was chiseled with CNC machinery just as precise as the HTC 10, a claim we definitely wouldn’t have said about last year’s OnePlus 2 when compared to the One M9, HTC’s 2015 flagship.

Internally too, there isn’t much between the two phones. While the OnePlus 3 has an on-paper advantage with its 6GB of RAM, it’s been shown than the company wants to prevent excess battery consumption by limiting the number of apps stored in RAM, essentially handcuffing it to around the same 4GB as the HTC 10. Though an OTA update is rolling out to address RAM efficiency, one is unlikely to notice an increase in performance from the extra memory. That the OnePlus comes with 64GB of internal storage and no microSD slot, however, is likely far more of an issue for some people — even if 64GB if double that of the HTC 10’s standard allotment, and that of most phones these days. In any case, I applaud OnePlus for doing away with the anemic (and cheaper) 16GB model, even if it bumped up the price of its latest phone by $50 or so.

One hardware peculiarity still evades sense: the alert slider on the left side of the OnePlus 3. I just don’t see the need for it, even if it can no longer be overridden by software like it could on its predecessor. Perhaps it’s that I generally leave my phones on vibrate and meddle little with the volume buttons, but after using these two devices interchangeably for nearly three weeks I find little upside to a hardware feature software has mastered.


If I were to make one more small subjective claim, it’s that the HTC 10 feels ever so slightly faster than the OnePlus 3 in day-to-day usage. Whether it’s HTC’s own graphics driver optimizations, or some software tricks of the eye, I generally enjoy using the HTC 10 more than the OnePlus 3.