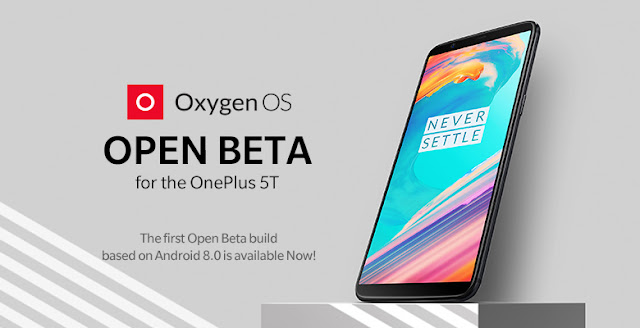 First and foremost, the new OxygenOS Open Beta version for the OnePlus 5T comes with OnePlus Launcher version 2.3. The updated Launcher has new app drawer categories which you can see when the search icon is tapped. The OnePlus 5T launcher will now have the ability to auto-name folders, notification dot optimizations, and improved launcher usage tips.

In addition, there a dynamic icon feature available for the desktop Clock app. The clock app now changes the hour, minute and second hands in a real-time, similar to what is available on Apple iOS and Xiaomi MIUI.

Here’s the official changelog for the OxygenOS Open Beta 2 Update:

Launcher Updated to v2.3
Drawer categories
You can see new categories when using the search icon in the drawer
Auto folder tagging
When you add applications that are similar, our system will help you automatically name the new folder you created
Dynamic Icon for Clock
The Clock icon is now dynamic
Notification dot optimization
The Blue notification dots present to notify you of a newly installed app will now be removed automatically after 15 days
Launcher usage tips improved
We’ve added some new helpful tips for first use of the launcher

Added a new clipboard feature activated when copying information. You can edit the text copied and then choose to “Search, Translate, or Share”

More caller information now given to you during incoming call notification

Some third party camera applications may not fully work with this update
Furthermore, OnePlus brings added some new functions to the Clipboard like Search, Translate and Share. There’s also an updated File Manager function to delete files and help with large file management. The Dialer too comes with improvements to give you more information during incoming call notification.

As always, if you own a OnePlus 5T and are on the Open Beta branch, you’ll receive an over-the-air update for it when it becomes available. OnePlus warns that the Open Beta versions are meant for testing purposes and as such are prone to various hidden bugs. As per OnePlus records, the newest Open Beta build is known to have an issue with third-party camera apps.