Jan 12, 2018
Samsung pushed the envelope on smartphone design with the Galaxy S8 last year. The handset’s Infinity Display has garnered a lot of praise for what it does for the look and feel of the flagship. Sticking to the script of toning down key features, Samsung gave the new Galaxy A handsets a flat Infinity Display but retained the 18.5:9 aspect ratio. The company also listened to the criticism it received because of the fingerprint sensor placement on the Galaxy S8 and made amends by positioning it below the rear camera for easy access. It went off-script as well this year by introducing a dual front-facing camera, a first for any Galaxy smartphone. 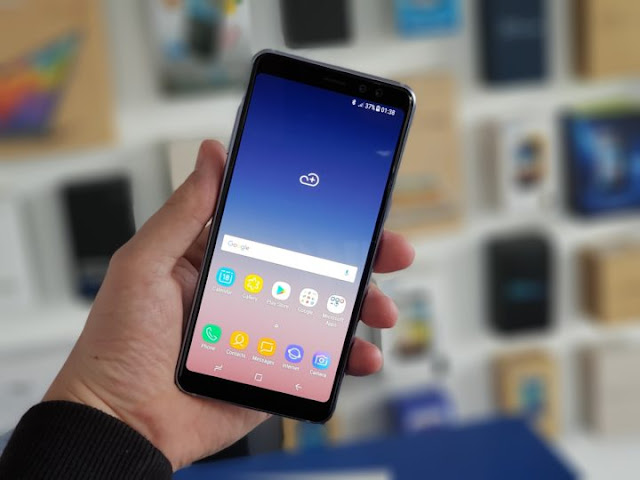 The company has made its premium mid-range smartphones progressively better over the past couple of years, and it’s a strategy that has paid dividends for Samsung. The Galaxy A is one of its best-selling smartphone series and with good reason. The Galaxy A8 (2018) and Galaxy A8+ (2018) certainly have what it takes to sustain this momentum, and today we’re offering our initial take on the A8 (2018), which I’ve had the chance to play around with for a day or so.

Like its predecessors, the Galaxy A8 feels every bit as premium as Samsung’s flagship offerings. That’s because the design is similar (two slabs of glass surrounding a metal frame), but with the curved edges missing. Now, those curves might not be an important feature as far as smartphone basics are concerned, but to me, the flat display feels unworthy of getting the Infinity Display tag. Too much bezel is visible on the A8, and other than the fact that the front side of the phone is all black, I don’t see how one can call it “infinity” when you can see so much bezel above all around the screen.

hankfully, the A8’s AMOLED panel is as high in quality as any other AMOLED panel from Samsung, and the phone doesn’t feel as big as it should with a 5.6-inch screen. Oh, and Samsung is finally offering a notification LED on the A series. Sadly, the home button isn’t pressure sensitive, so you have to swipe up to access the navigation buttons inside a full-screen app. It also means you can’t wake the phone up with a hard press on the area around the home button.

But, I should point out that the lack of a pressure sensitive home button only stands out if you were previously using an S8 or Note 8, and not a lot of consumers will be shifting from either of the flagship devices to the A8 or A8+. And it’s nice to see that the fingerprint sensor is finally located in a sensible position. It’s still not as well placed as phones from other manufacturers, being too close to the rear camera, but it’s a step in the right direction.

Speaking of the camera, the 16-megapixel sensor at the back does a good job in daylight and struggles somewhat in low-light conditions. Performance of the dual front cameras with good lighting is impressive, especially with Live Focus enabled. We’ve already published a few samples, and while a conclusion is hard to reach right now, the overall camera experience seems to have been a point of focus for Samsung with the latest A series phones. We’re just hoping the rear camera isn’t too prone to blurring out images, which was a major issue with the cameras on the 2017 models (and not just because of a lack of image stabilization). 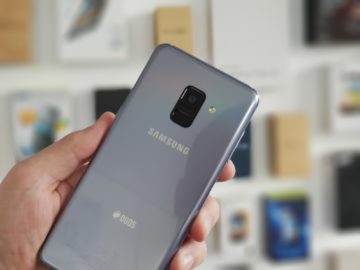 Okay, so what else have I noticed in my short time with the phone? Well, the loudspeaker on the side of the phone sounds quite good. Not flagship-grade, but certainly above average. Battery life seems to be good as well; I haven’t been using the phone for long, but judging by last year’s A series phones, battery life shouldn’t disappoint. The A8 (and A8+) also comes with facial recognition for unlocking the device. The phone only seems to use the primary front camera for facial detection, and I wonder if things would be faster if the company employed both front cameras.

With the Galaxy A8 (and A8+), Samsung is giving consumers a boatload of features for the asking price. For now, my first impressions are positive, but we’ll be testing everything thoroughly in the coming days to see the kind of experience that the overall package offers. Keep a look out for our full review, and let us know if you’re planning to purchase the A8 or A8+.