Nov 7, 2016
There is a market for flip phones — particularly in Asian countries — which is why companies like Samsung and LG continue to make them. After rolling out the high-end W2016 in China at the end of last year, Samsung is now looking to unveil the W2017 in the country, a flip phone powered by Qualcomm’s Snapdragon 820. 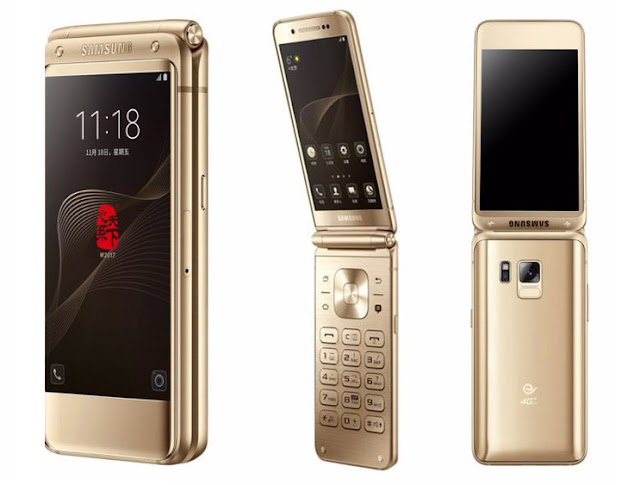 The clamshell has a pair of 4.2-inch Full HD displays (one on the outside and one on the inside), 4GB of RAM, 64GB storage, microSD slot, 12MP camera with 4K video recording, 5MP front shooter, dual-SIM with LTE, NFC, wireless charging, fingerprint sensor, and a 2300mAh battery.

No mention of an official price, but SamMobile notes that the W2017 could end up costing an astounding $2,960. That’s twice as costly as last year’s W2016, which debuted for $1,480. Given that the W2016 hasn’t made its way to other markets, it is likely that its successor will be limited to China as well.