Jan 9, 2018
Samsung has previously said that it will be launching its first foldable smartphone this year if it manages to overcome all the technical glitches associated with it. Fresh information revealed by South Korea’s ET News claims that the company will begin the manufacturing of its first foldable phone in November this year and it is aiming to unveil it in December. 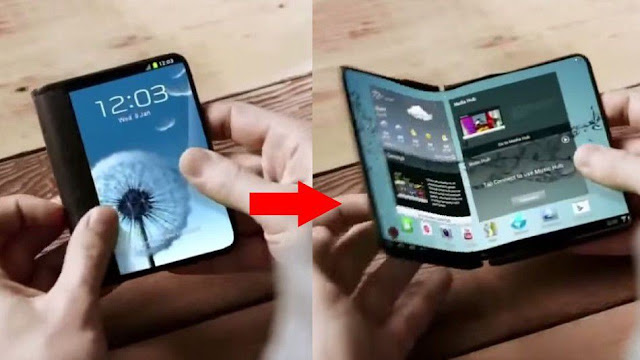 Industry insiders have revealed to the South Korean publication that Samsung’s first foldable smartphone will feature a massive OLED display of 7.3 inches. The report also states that Samsung Displaywill start the manufacturing of the foldable OELD panels in March this year. The company is expected to begin its mass production in September in order to debut it in November. If the highly anticipated smartphone does not get unveiled by December this year, it may get officially introduced by early 2019.

It is speculated that the first foldable phone by Samsung will be sporting an inward folding mechanism that will allow its users to open it like a book. In general, it will look like a smartphone, but once it is unfolded users will be able to use it as a tablet. A previous report has claimed that it may feature a technology that is similar to Apple’s 3D Touch.

The publication has also claimed that Samsung may showcase its first foldable smartphone to the investors behind closed doors in September. This may happen at the IFA 2018 tech trade event that usually takes place in September each year.

As far as the pricing of the Samsung’s first foldable phone is concerned, it is likely to cost much higher than the existing premium smartphones that it sells. Hence, it is dubbed as “super premium” in terms of performance as well as pricing.

Previous reports have claimed that Samsung is likely to release its first foldable phone in limited numbers in order to check the response of the audience. Also, only a few countries are expected to receive this phone.