Should you install the Windows 10 Anniversary Update now?

Jun 30, 2016
Now that we are just a month out from the Anniversary Update is it okay to join the Insider program and get the new OS early? 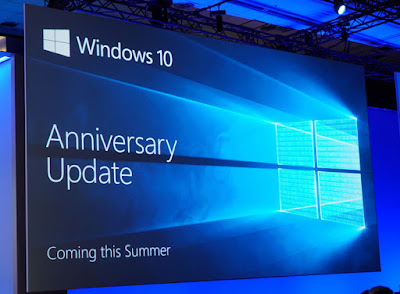 Last night, Microsoft released build 14376 for Fast Ring Insiders on PC and Mobile, and even Slow Ring got bumped to 14372. Then this morning Microsoft announced that the Windows 10 Anniversary Update will be officially released on August 2 (and yes, that is all editions including Mobile and Xbox One).

Clearly, we are on the last leg of the Redstone 1/Anniversary Update development cycle, and many users are now asking if they should take the plunge to Fast Ring. I’ve been running these releases on a few devices and will share my recommendations and experiences.

Microsoft is also updated Windows 10 Mobile for the Anniversary Update, and if you are running a Windows phone, you may want to know if you should jump into today as well. Microsoft has not said as much about Mobile if only because it’s just another SKU for them, but it too should be updated around the same time as PC. 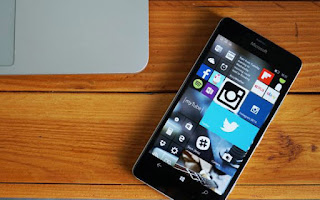 Overall, the experience of the Fast Ring has been great on my Lumia 650, Lumia 950 and Lumia 950 XL. However, there is one issue that I and a few others are having, and it relates to Wi-Fi disconnections. Microsoft is actively trying to fix this problem and in fact are imploring you to lend them a hand in this forum post, but for the last three builds, it has not yet been fixed.
Personally speaking, this Wi-Fi disconnect problem is the only issue I am having and since I am on Wi-Fi constantly it is a rather frustrating one. Your phone’s Wi-Fi will be connected, then eventually slow down, and then just show as ‘No Internet’. From my experience, only rebooting the phone will bring it back and even then it’s a temporary solution. I even recently swapped out my router for a new FiOS Quantum one with 100Mbps speeds and still have the issue.
Regarding stability, speed, and features, once you go to an Anniversary preview build it is very hard to go back. New features that I am finding difficult to live without include: the new Microsoft Authenticator app, the Your Groove feature in Groove Music, Microsoft Wallet (Tap to Pay), new Store UI with app update history, and how the Iris scanner won’t turn on if the device is PIN unlocked during its timeout period.
Having said that, the current 10586.420 (and now .456) Production release is running so well on my other Lumia 950 that I find it hard to pass on that stability and performance.
Because phones tend to be a little quirkier if I were running an x50 series device I would wait until Microsoft figures out this Wi-Fi disconnect issue. It’s not universal, and the majority of users do not appear to suffer from the bug. But if you do end up experiencing your Wi-Fi dropping it can be a frustrating experience. At the very least, be aware of the risk before making a decision.
Source:windowscentral