Jul 23, 2016
There are tons of launchers available for Android — these are some of the best!

Launchers are the way Android users customize their smartphone and tablet experience. There’s superficial stuff, like changing screen transitions, icons, and fonts, but the best Android launchers out there enable users to tweak the device’s behavior to suit their daily usage, so long as you’re willing to put the time into defining those customizations. Some launchers act very similarly to the one that came with your device, while others completely change the way you interact with your home screen. You can make your home screens as simple or complicated as you wish, while tweaking every little detail or just taking what’s given to you by default — all by installing one single app.

If you’re looking for a change of pace from the out-of-box software experience on your phone, consider a new launcher. We’ve found the best ones available today, and listed all of the pros and cons of each. 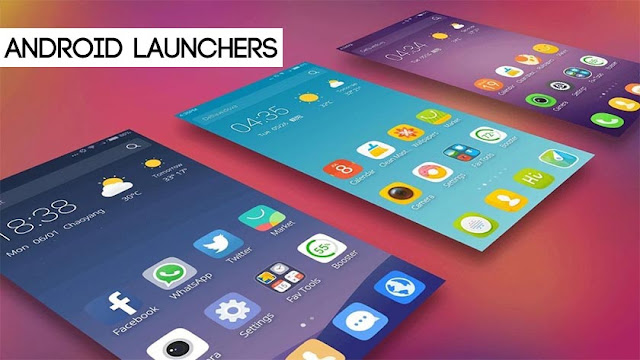 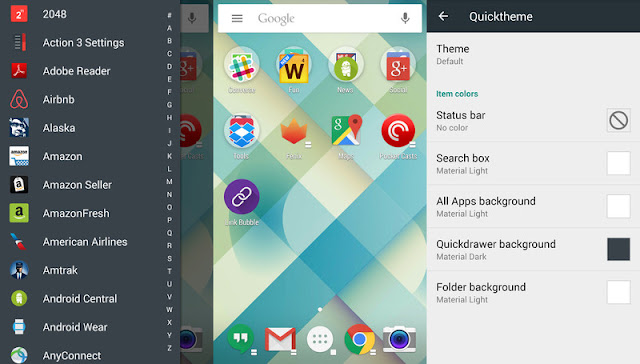 Action Launcher is a great option that mixes things up and changes the interface paradigm from what you’d expect in a “normal” launcher — but not too much. You still have a highly customizable home screen and dock, but if you want to find an app, rather than going into the traditional app drawer (which you still have the option to use), you swipe in from the left side of the screen for Quickdrawer. This compact app drawer makes finding an app much faster than swiping through pages in a traditional app drawer, and the quick-scrolling feature allows you to zip through your app list no matter how many apps you’ve installed.

You also get Shutters and Covers, which give you innovative ways to launch into folders and widgets with swipes — it’s all about getting to your apps and content quicker. There’s a free version of Action Launcher for everyone to try, with a pro upgrade costing just $4.99 — and after you figure out the time-saving features you’ll want to unlock it.

As of July 2016, Action Launcher also supports Google Now access for root users, a feature that Google has kept exclusively for its Google Now Launcher, and has been updated with considerably speed improvements.

It’s fair to say that Action Launcher is one of the very best launchers, and happens to be our favorite.

The Google Now launcher is the obvious pick for anybody looking for a pure, clean Android experience. It comes right from Google (and is pre-installed on Nexus phones), so you can shear away anything the manufacturer has loaded up in one install. Transitions are quick and clean, and there’s nothing superfluous getting between you and your apps and widgets.

Beyond that, the left-most home screen becomes Google Now, so you can launch into searches, view cards populated based on the time of day, your location, and general browsing habits, and execute all sorts of hands-free “OK Google” commands. The only real downside here is that you won’t be able to enjoy the level of customization available on more robust launchers — you get what Google gives you here.

Use the Google Now launcher if you’re looking for high stability and a consistent Android experience. Pair it with the Google Keyboard for the full experience. 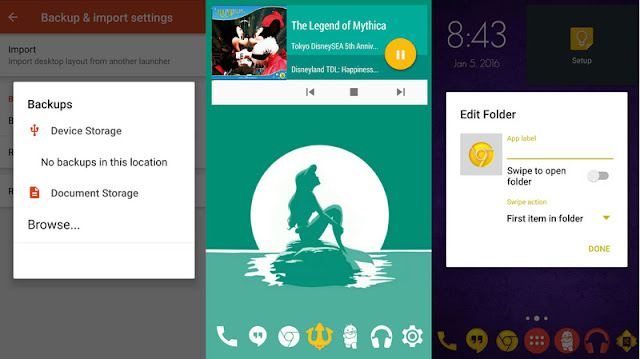 Nova is a massively popular launcher that offers a whole bunch of animation options, folder views, and desktop behaviors. One particularly cool addition is swipe actions, which allow app icons to act as a folder with a swipe, or a standard app launch with a tap, similar to Action Launcher’s Covers. Theming Nova with custom icons and custom wallpapers is easy, especially with the Google Drive integration. You can backup your Nova layouts and themes directly to the cloud service of your choice, and restore backups directly from the cloud, too, which can make setting up a new phone a great deal easier than putting everything back how you like it manually.

Nova is a highly functional launcher that can be as subtle or as loud as you like, making it completely unique if you spend the time tweaking it.

Aviate builds collections of your apps based on different types of activities. You can, of course, tweak those collections manually as well, and Aviate can offer suggestions to fill in collections. Aviate figures out where you are and what time of day it is, and serves up relevant collections in custom-built interfaces called Spaces so you can better handle those activities. For example, if you plug in your headphones, it offers you quick access to media controls and your favorite music apps. Hit the road, and you’ll be offered shortcuts to navigation home and to the office.

Aviate excels for having a high amount of polish and requires minimal maintenance, even though you might lose out on some customizability. 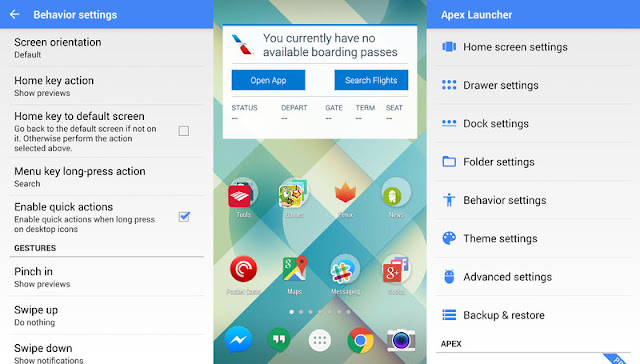 Apex offers a similar range of functions as Nova. You can tweak the icon tray size and scrolling, change animations, adjust home screen behaviors, and customize gesture commands for various pinches, taps, and swipes. A plug-in allows notification data to be fed to Apex from a variety of apps, and out to any Android Wear devices, too, so long as you’re willing to upgrade to the pro version for $4.49. There are a wide range third party themes available in the Google Play Store which let you change the overall look of your Android experience, but as a functional core, Apex does extremely well.

Though we spent the most time on our absolute favorite launchers, there are quite a few more out there worth your consideration:

The Google Play Store has a truly ridiculous number of Android launchers available for users of all kinds, so we’re always interested to hear what you guys are using. We’re curious to see how you’ve customized your own launchers too — sound off in the comments!