These are the Pokémon Go tips, tricks, and cheats you need right now! 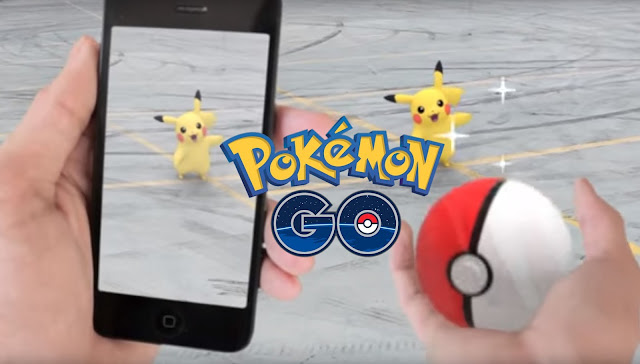 Welcome to the life after level 5, Pokémon Trainer. It doesn’t matter if you’re Instinct, Mystic, or Valor right now, it’s a war zone out there. There has never been a game to receive quite as much 24/7/365 action as Pokémon Go. You can take over a Gym in most areas right now and have it reclaimed for another team before you make it down the street. It’s intense, exciting, and if you’re not constantly playing you could find yourself at a very real disadvantage.

Unless, of course, you have this guide helping you out. We’ve collected a great list of tips, tricks, and sneaky little cheats to give you the upper hand when playing against other high level players out in the world. Are you ready for this?

It doesn’t matter how high your level is, scoring Great Throw and Curveball bonuses add up quickly. If you know you’re going to sit in a Lure Module and capture for a while, activate a Lucky Egg and practice your throws. The double XP is a big deal, and in no time you’ll be getting those bonuses with nearly every throw.

If you find yourself unable to hit a Pokémon because the ball keeps sparkling and flying off to the left or right, you know the only way to reliably hit that Pokémon is with a curveball. So get good at it!

Play to your type

Every Pokémon has a type. That type has a natural strength, a natural weakness, and in some situations a type that completely nullifies attack and defense. You don’t want to head to a gym only to have it end in a stalemate, nor do you want to get crushed by something a much lower level than you because you weren’t paying attention.

Look at the Pokémon protecting a Gym before you attack. Look for their type, and make sure you have Pokémon in your starting six that will do as much damage as possible to that type. When leaving multiple Pokémon as a team, make sure your team isn’t leaving a lot of the same type to guard the gym.

Gym battles in Pokémon Go offer you three types of moves — basic attack, special attack, and dodge. Your first move in a Gym battle, even if your Pokémon has a higher power level and is strong against the Pokémon you’re fighting, should always be a dodge. Slower Pokémon take a second or two to launch their initial attack, but you will almost always dodge that initial assault and be ready for a counter-attack before the Pokémon in the center of the ring can catch up. This is especially useful if you’re using super fast Pokémon, for example any of the Eevee evolution.

It’s the difference between a close call and a guaranteed win almost every time. Swipe to the left or right as soon as the fight starts, and then lay in to your opponent.

At some point in your career as a Pokémon Trainer, you’re going to be standing next to a gym you control as it goes down. Maybe it’s because you’re outnumbered and can’t maintain gym prestige, or maybe you just weren’t paying attention. It’s going to happen, but it doesn’t have to be a moment of defeat.

If it looks like you’re going to lose a gym, let it happen. Make sure your best Pokémon are healed up, and keep an eye on the map. The second you see the Gym turn from your team color to plain white, recapture it by putting your freshly healed Pokémon there. The Gym prestige will immediately jump up, and it will take at least another two battles for your opponents to try reclaiming that gym again. With quick enough fingers, you can repeat this over and over again, frustrating your opponents to no end.

Travel with a diverse crew

Don’t let yourself get lured into this trap where you can only play with members of your own team. It’s a load of crap, and will actually slow down your leveling process. Ideally, you want to travel with at least one of each faction, and that way you can all take turns setting up and taking down gyms, as you cycle through that process, everyone will level up quickly and become more capable of playing solo.

It also means when you finally do travel with only the same team as yours, everyone on your team is better equipped to leave a wide variety of Pokémon at a gym. Variety and diversity are important in this game!