Jan 30, 2018
Chinese smartphone maker Vivo released the world’s first phone with in-display fingerprint scanner called X20 Plus UD. The company is now gearing up to release its next flagship Android smartphone, dubbed Xplay 7, which could be one of most impressive smartphones this year as per leaked specs. The alleged presentation slides of the Vivo Xplay 7 suggest the smartphone will be powered by Qualcomm’s top-range Snapdragon 845 mobile chipset. The CPU is said to be paired with a whopping 10GB RAM and will offer 512GB of storage. 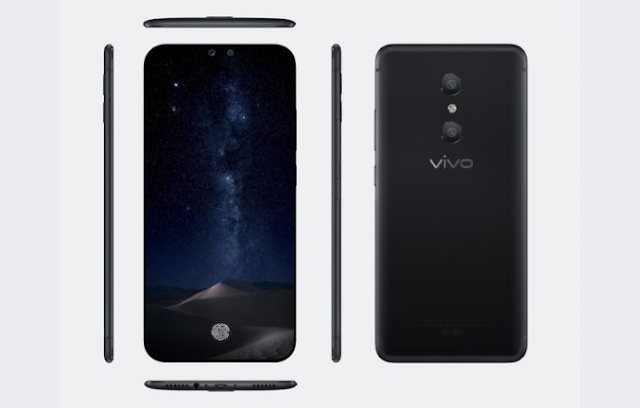 The Xplay 7 is also said to flaunt a 4K OLED display, and the device would pack a full-screen display design with ultra thin bezels. The presentation slides also claim that the smartphone will have a screen-to-body ratio of 92.9 percent.

In the camera department, Vivo’s rumoured flagship will apparently feature two Sony Exmor RS sensors, and an impressive 4x optical zoom capability. An alleged render of the smartphone featured in the slides reveals dual camera setup at the rear with LED flash between the sensors.

Previous rumours suggested the device will come packing a 12MP + 8MP dual camera module with LED flash. The phone was also said to come with a Sony IMX401 sensors that will support 4x optical zoom.

In addition, the Xplay 7 will bring another spectacular feature, the in-display fingerprint sensor which just made its debut on the Vivo X20 Plus UD. The renders accompanying the slides show an iPhone like metallic design up front, with a thin bezel up top while the bottom is all screen with a display embedded fingerprint scanner below.

Apart from the fingerprint sensor, the smartphone is said to debut with Face Unlock 2.0. The Vivo Xplay 7 is said to be powered by a 4000mAh battery and run latest Android 8.0 Oreo out-of-the-box.

While the rumoured specs may be plausible, the features sound too good to be true. It is hence better to take the leaked information with a pinch of salt. Vivo might release their Xplay 7 flagship at the upcoming MWC, so stay tuned as more leaks will emerge in coming weeks.