What is Project Fi, how does it work and why do I want it? 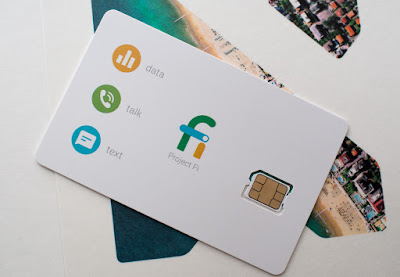 What is Project Fi?

At the highest level, Project Fi is a phone carrier offering from Google. It works by giving you mobile data service on three mobile networks, which your phone will intelligently switch between — it also uses Wi-Fi to make calls and send texts whenever available. Project Fi is a “prepaid” carrier, meaning you pay upfront for your service in the trailing month, which is the opposite of a traditional carrier (Verizon, AT&T, etc.) that bills you after you use the service.

Project Fi is focused on simplified billing. You pay $20 per month for unlimited talk and texting, and a flat rate of $10 per gigabyte of data used. At the start of each month you simply estimate how much data you’ll use and pay for that amount — at the end of the month you’ll receive either a refund for data you didn’t use, or pay a little extra on the next bill for data overages. You’ll always pay at the same $10 per gigabyte rate, though, no matter what.

How does it work?

Project Fi works with a special SIM card — and a little software on your phone — that can authenticate you on T-Mobile, Sprint and U.S. Cellular, and switch between them on the fly based on a variety of factors. Because it can also use Wi-Fi for calls and texts, you can keep using your phone in places where mobile data isn’t that great. Extra software called a “Wi-Fi Assistant” will automatically connect your phone to open Wi-Fi access points when you’re out of the house, reducing your data usage without any intervention on your part.

You get the power of three mobile networks, plus Wi-Fi, in a single SIM

When you use Project Fi, you also get some of the same features that have made Google Voice popular over the years. You can forward phone calls to your Fi number to any phone you want, as well as view voicemail, make calls and send texts with that number from any device using the Hangouts app.

Project Fi also works internationally in 120 countries around the world with no additional cost for data use or texting. You can call at a flat rate to any number while on the cellular networks abroad, or pay much lower rates when calling on Wi-Fi. You can also call back home to the U.S. on Wi-Fi for free. Data used internationally just comes out of your standard $10 per gigabyte bucket, but speeds are limited to 256kbps (double what T-Mobile offers outside of North America).