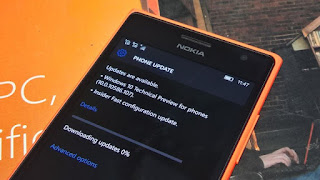 Microsoft has released its second build for Windows Insiders this week for PC and phone, bringing fast ring users up to build 14372, one up from yesterday’s release. Considering this build is only one newer, and we’re almost done with development of the Anniversary Update, this build includes no new features, but lots of bug fixes and other improvements.

We’ve heard you and we are investigating decreases in battery life on older devices such as the Lumia 830, 930, and 1520 (devices with SoC 8974 chipsets).