Sep 29, 2016
Microsoft is rolling out another new Windows 10 Insider Preview build for PC and mobile, which includes yet more under the hood improvements and enhancements that Microsoft are encouraging Insiders to test. Today’s build is 14936, just 5 builds newer than the previously released one. 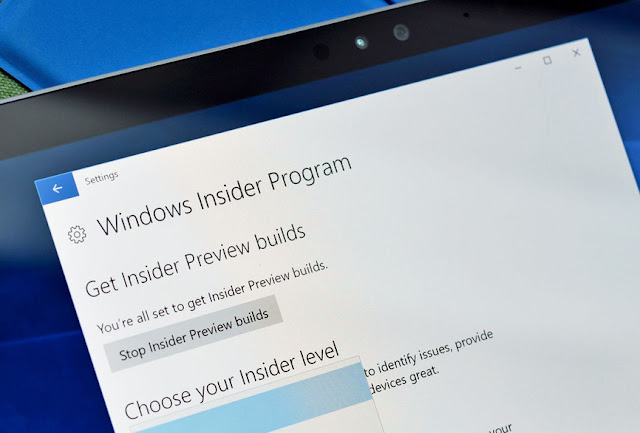 As per usual, since the build has only just started rolling out, it may be a few minutes before you actually see it as ready to download as the build is still propagating throughout Microsoft’s Windows Update servers. In the meantime, here’s what’s new, fixed and broken.

New Extensions in Microsoft Edge: We’re working with partners on adding new extensions and want our Insiders to try them out first! We have another new release which we need your help testing and giving feedback on before we publish to the general public: Turn Off the Lights is a lightweight and useful add-in designed for a more comfortable video experience. We also need some more help testing our other preview extensions: Tampermonkey is a popular userscript manager that lets users customize the content of pages across the web. Microsoft Personal Shopping Assistant is your smart shopping cart across the web, which collects your browsed products and lets you get price alerts for saved products and compare products between sellers. You can install this at the links above and try them out on any Anniversary Update build – send feedback to the Feedback Hub or @MSEdgeDev on Twitter.

Authentication changes affecting connectivity to NAS devices and home file servers: After updating to the latest Insider Preview builds, you may have noticed that shared devices on your home network have disappeared from your home network folder. You may have also noticed your mapped network drives are not available. If you change your network to “private” or “enterprise”, it should start working again. For more information on this behavior change, see this Microsoft Security Bulletin.

Windows Subsystem for Linux (WSL) Updates: WSL will install Ubuntu version 16.04 (Xenial) instead of Ubuntu 14.04 (Trusty) in an upcoming release. This change will apply to Insiders installing new instances (lxrun.exe /install or first run of bash.exe). Existing instances with Trusty will not be upgraded automatically. Users can upgrade their Trusty image to Xenial using the do-release-upgrade command. Full WSL release notes can be found here.

We fixed the issue where using the tab key to navigate the Settings app wouldn’t work.

We fixed an issue resulting in Explorer.exe frequently crashing for some Insiders, particularly for those with multiple network switches.

Tencent apps and games will cause your PC to bugcheck (bluescreen).

Running sfc /scannow in an elevated command prompt will fail at 20% with the error “could not perform the requested operation.”

We fixed the issue causing the pin pad to not be visible to unlock the phone even after rebooting the phone.

We fixed the issue where some phones lose the ability to use their SIM cards.

We fixed the mobile hotspot issue where it works the first time but subsequent attempts to use the feature won’t work until the phone is rebooted.

We fixed an issue causing some devices such as the Lumia 650 from failing to install a new build with Error 0x80188308.

We fixed the issue causing some build updates to fail with an 800703ed error code.

We fixed the issue where Action Center no longer closes if you swipe up on the empty space (area of Action Center that doesn’t show any notifications).

We fixed an issue where notifications were unexpectedly showing the app logo within the notification when viewed in Action Center.

We fixed an issue for devices that shipped with Windows Phone 8.1, such as the Lumia 930 and 1520, where if you plugged in a headset during an ongoing call, the audio would not be routed to the headset.

If you have your default storage set to a SD card for apps, installation of apps like WhatsApp, Facebook Messenger and WeChat will fail with an error. As a workaround, set your default location to your device’s onboard storage.