Today, Microsoft is releasing 14946 to Windows Insiders on the Fast Ring. The release is for both PC and Mobile, which is a nice realignment that had been missing for the last few weeks. 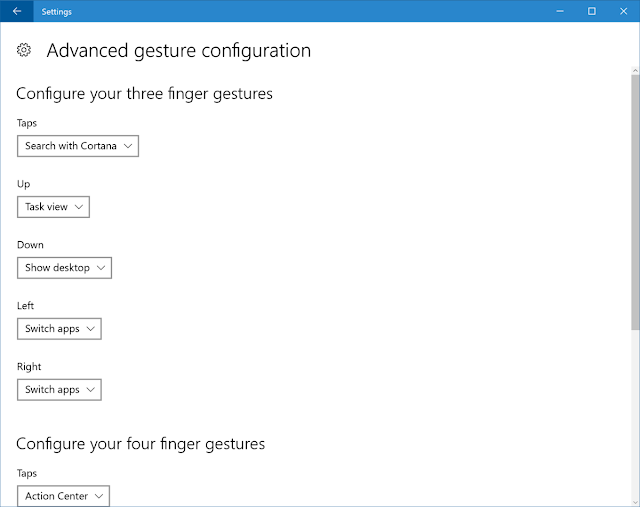 Another big fix for Mobile is in regards to Continuum. Users can now turn off either display that you are not using to prevent screen burn in or just unwanted visual distractions. Microsoft gave some details about the feature in their blog post:

With this update, you will now be able to turn off whichever screen you are not using with Continuum – saving battery and preventing screen burn-in. If you are working on a Word document, your phone screen will sleep without any impact on your Continuum session. If you make a call, hang-up, or press the phone power button, you can keep right on working in Word with Continuum. And, if you prefer longer or shorter timeout values, you can change them independently for the phone and connected screen, using the settings found under Settings > Personalization > Lock screen. Have fun, and keep sending us great feedback on Continuum!

Another returned feature for the new Wi-Fi settings is the ‘time to turn back on’ setting, which lets users set the device to flip Wi-Fi on after 1 hour, 4 hours, one day, or manually.

There are also significant changes to auto correction for mobile that users have wanted for a long time:

Option to prevent autocorrection (Mobile): On your phone, if you see that an autocorrection is going to happen (i.e. the first candidate is bolded) and it’s not what you intended, you will now see what you originally typed as the second candidate. Tapping on that candidate will prevent the autocorrection, and the system will learn your vocabulary and get smarter over time.

Option to remove a word from user dictionary (Mobile): We learn from your typing on the phone and build up a local user dictionary that adapts the keyboard prediction, autocorrection and shape writing experiences to your language style. Sometimes you may type a misspelled word and send it as is, sometimes you may tap on a red squiggled word and then tap the “+” sign by accident. Both save the unwanted word into your user dictionary, and it may appear when you type something similar in the future. Now you have a way to manually remove bad entries: tap on the word you don’t like in the text box, and you will see a candidate that is the word with a “-” sign before it. Tapping on that candidate will remove the word completely from your user dictionary and no longer suggest it.

Other improvements and fixes for PC

Optional components such as Hyper-V and Bash should remain installed after updating to this build.
We have fixed the issue where signing into games that use Xbox Live would not work. You should be able to sign-in to Xbox Live in games in this build.

We fixed the issue causing Microsoft Edge to sometimes crash on launch, or when you type in address bar or try to open a new tab. You no longer need to run the PowerShell script.

We fixed the issue causing touch scrolling to be too sensitive in Windows 10 apps, such as Microsoft Edge.

We fixed an issue where Explorer.exe would hang when attempting to open considerably large .MOV files.

We fixed an issue that could result in the network icon occasionally getting into a state where a red X would display in the taskbar despite an active internet connection, until the device had been restarted.

We fixed an issue where if the device’s brightness was automatically adjusted after being woken from sleep, the brightness level shown in the Action Center’s Brightness Quick Action might not reflect the current brightness of the device.

We fixed an issue leading to Narrator not tracking focus on the Start Menu All apps list or tiles.

Other improvements and fixes for Mobile

We fixed the issue causing you to get into a state where text messages will fail to send.

When your phone is connected to your PC, long lists of captured photos will now load significantly faster in File Explorer.

We fixed an issue resulting in video thumbnails sometimes not being shown in WhatsApp – videos received from this build onwards will display a thumbnail.

We fixed an issue resulting in Camera app video recordings having a slight crackle to their audio in recent builds.