Nov 10, 2016
Microsoft has just started rolling out another Insider Preview build for Windows 10 on PCs and Windows 10 Mobile. Today’s build in question is 14965 and is rolling out for those on the Insider Fast ring, featuring a number of new bug fixes, enhancements and features. 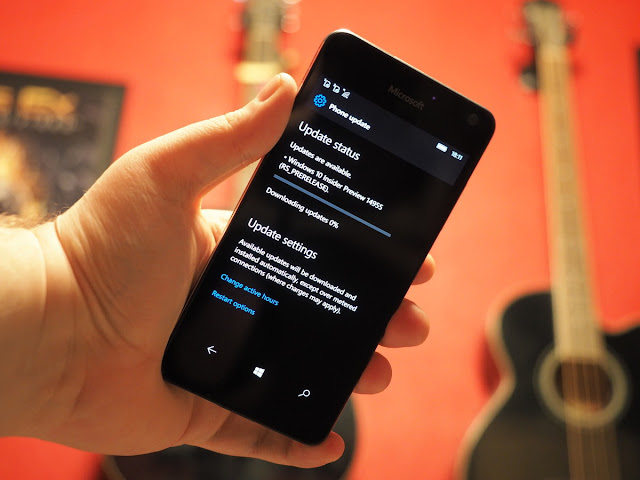 Controlling external monitors from tablets just got easier (PC): You can now drive content on a second display from your tablet without ever having to attach a mouse. The virtual touchpad lets you do more with a tablet and a second screen – just connect to another monitor, PC, or TV, go to Action Center and tap on the “Project” Quick Action to extend your screen.

Sticky Notes update (PC): Windows Insiders in the Fast ring will receive will receive Sticky Notes app update to version 1.2.9.0 today and we’re very excited to share what it includes! We’ve expanded our support for Insights to many more languages and regions, with even more to come in further updates, stay tuned!

Improving Your Hyper-V VM experience (PC): Following the new VM scaling options mentioned in last week’s build, we’ve fixed an issue where depending on the zoom level selected, the VM window might not be created large enough to avoid scrollbars, despite their being enough space for it.

As with all Insider builds, it can take some time for the build to propagate throughout Windows Update, so if you can’t see the build yet, give it a few minutes. Also keep in mind that for Mobile users, this update will download using the new Unified Update Platform, which will shrink your download significantly.