There is no changelog yet posted, but we’ll update this article with new information as it becomes available. For PC users, KB3213986 is the cumulative patch that will be installed. 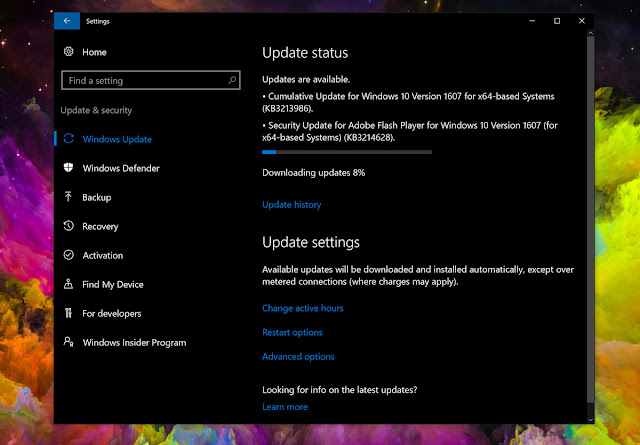 As usual, there are no new features expected. However, improvements to the OS, bug fixes, and general optimizations are a part of this regular ‘Patch Tuesday’ rollout.

Update: The full changelog is now live. Here is what’s new in KB3213986 for PC and Mobile

Improved the reliability of Groove Music playback in the background, App-V, video playback and Remote Desktop.

Addressed issue where after successful fingerprint authentication on a device with the screen off, the screen does not turn back on.

Addressed issue where only one input device works when you connect two similar input devices to the same machine.

Addressed issue in the App-V Connection Group that allows users to have access to pieces of functionality that they were not designated to for access.

Addressed issue that prevents users from selecting multiple certificates simultaneously through the UI.

Addressed issue that prevents users from logging on if a device has been away from the corporate network over a period of time.