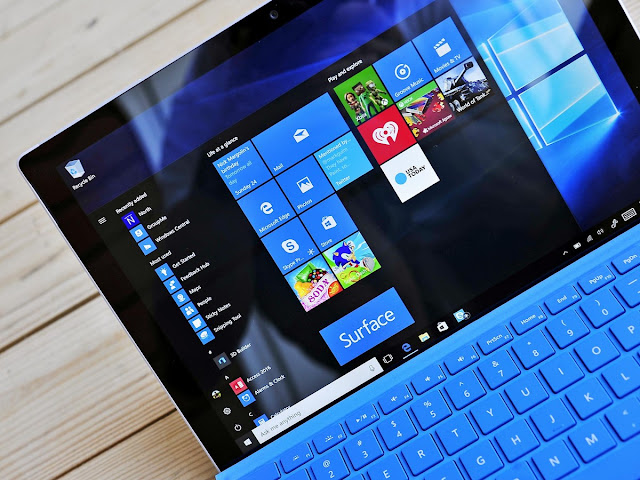 Outlook Mail & Calendar Update (PC & Mobile):  have updated the Outlook Mail and Calendar apps to 17.7466.4062x.0.. This update introduces a few new things for you to check out:

You can now open email messages in a new window.

You can now use Quick Actions directly from new email notifications.

Get someone’s attention with @mentions. Type the @ symbol anywhere in the body of your email and start typing to pick the person you want to address.

Context Awareness in Narrator (PC): As you navigate around, you can be notified about different groups or other areas you move to, such as groups in the Office ribbon. To configure the amount of context you hear, cycle through options with ALT + Caps Lock + /. To change whether the context is read before the item with focus or after, use CTRL + Caps Lock + /. To check the context at any point. Press Caps Lock + D twice.

Other improvements and fixes for Mobile

fixed the issue causing you to be unable to sign into apps such as Feedback Hub, Groove, MSN News, etc. with your Microsoft Account if you sign out or get signed out of these apps.

fixed the issue that was causing some devices to appear “stuck” on the blue Windows logo screen during the boot cycle when rebooting a phone on earlier builds.

fixed a bug resulting in notifications banners not appearing from Outlook Mail accounts that had been pinned as tiles to Start.

fixed an issue resulting certain apps being unexpectedly missing from the Share dialog.

fixed an issue where Insiders who had configured a data limit on their phone may have ended up in a state where they would receive frequent notifications about having exceeded that limit.

fixed an issue where the horizontal progress dots (as displayed when using the indeterminate ProgressBar control, for those who are familiar with XAML) were incorrectly fading out at the right side.

fixed an issue resulting in not being able to enter input into the Time or Place fields when creating a Reminder in Cortana.

Other improvements and fixes for PC

fixed the issue causing you to be unable to sign into apps such as Feedback Hub, Groove, MSN News, etc. with your Microsoft Account if you sign out or get signed out of these apps.
This build includes several fixes for precision touchpad:

fixed an issue where precision touchpad was mis-classifying presses when mousing with one finger and pressing with another.

fixed the issue in which “Reset touchpad” was appearing on PCs that don’t support precision touchpad (legacy touchpad).

fixed the issue where the 4-Finger gesture graphic would be viewable in Settings on PCs that support only 3-contact.

fixed an issue with popular graphics app Paint.NET where horizontal scrolling was broken.
This build includes several fixes for Narrator:

have added a new key command to read the active window title of the current application. You can use Caps Lock + / for this.

Narrator’s recognition of edit boxes on the web in Scan Mode so you get the message to use space to edit more consistently when focus has moved to an edit box.

updated for the Trusted Platform Module Management control panel (TPM.msc) to provide additional detail when the TPM is “Not ready for use” or “Ready for use, with reduced functionality”.

fixed an issue resulting in Task Manager always opening with the default view, despite having configured it on the previous launch (for example, to “Show more details”).

fixed an issue where attempting to partition a USB drive via DiskPart would fail with the error “The system cannot find the file specified”.

fixed an issue where certain USB drives were failing to mount automatically or via Device Manager, despite being mountable using Disk Management.

fixed an issue where Accessibility settings were failing to roam down-level to some PCs running the Windows 10 Anniversary Update – triggering a sync loop and possibly causing some performance issues on those down-level PCs. If you have encountered this issue, to get out of this state – you will need to change a setting under Settings > Ease of Access so that fix will roam down-level. Whichever setting you changed to trigger roaming can be changed back if needed.

fixed an issue where Settings would crash when copying hardware properties from the Wi-Fi settings page.

fixed an issue where files were no longer automatically selected after being pasted into a folder in File Explorer.

fixed an issue resulting in not being able to enter input into the Time or Place fields when creating a Reminder in Cortana.

Update the advanced tab of the device properties window in the Sounds control panel to now allow you to select the following sample dates as the default format for devices that support it: 24 and 32 bit at 176400Hz, and 16, 24 and 32 bit at 352800 Hz.

USB Audio 2.0 devices are now named based on the make/model of the device, rather than using a generic name, in places across the system, for example Device Manager.

fixed an issue that caused Microsoft Edge to crash when using the Share button to share web pages and PDFs to Mail.

If your device never successfully updated to Build 14951, please see this forum post. If your device did receive Build 14951, you should be able to download and update to this build just fine. THANK YOU Insiders who helped us with getting the 0% download issue fixed last week!

Some Insiders are receiving an 0x80242006 error trying to update to the latest builds. microsoft are investigating – see this forum post.

Excel Mobile will freeze after adding sheets and eventually crashes.

If you have a 3rd party antivirus product installed on your PC – your PC might not be able to complete the update to this build and roll-back to the previous build.
Insiders may experience the Windows Ink Workspace crashing when using the protractor – microsoft’re investigating.