Jun 30, 2016
Update: The new build is pushing out to the Release Preview Ring for PC Insiders as well, Microsoft has confirmed on Twitter. Happy updating! 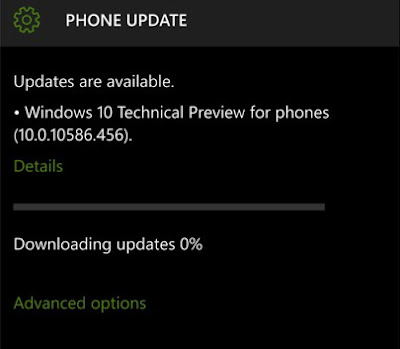 If you’re enrolled in the Insider Release Preview Ring for Windows 10 Mobile, you should now be able to pull down a new update. Build 10586.456 is now rolling out to those on the most stable ring of Microsoft’s Windows Insider program.

Currently, it’s not quite clear what this latest build contains, but it likely includes a fair number of bug fixes, tweaks and performance improvements. If you do notice anything new or notable, be sure to let us know in the comments. Otherwise, you should be able to grab the update now through your phone’s Settings menu.