Feb 3, 2017
Yesterday, Microsoft released a new Insider Preview build for Windows 10 on PCs, leaving Mobile users out in the cold. Microsoft says the reason they didn’t release a build yesterday was due to a blocking bug, which now appears to have been resolved at build 15025 is now rolling out for Windows 10 Mobile Insiders in the Fast ring. 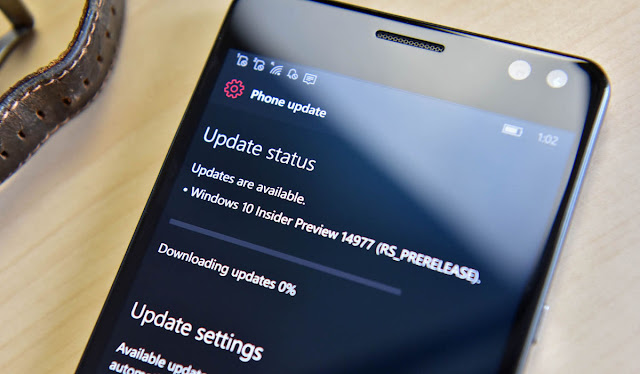 The Creators Update for Windows 10 Mobile is pretty bare, meaning there aren’t many new features to be excited about in this release.

New mono audio option in Ease of Access settings: Visually impaired users use a screen reader application to read content on their phones and information to them, and frequently use headphones or earbuds to hear their device when in meetings or having conversations with others. When doing so, they generally use only one earbud to hear what’s being said from their device in one ear so the other ear is free to hear conversations and sounds around them. That can cause them to not hear sounds that may be directed to the other earbud. In order to change the sound to be mono mode and so all audio is directed to both ears, they used to need a physical earphone adapter. You can now switch your audio to mono straight from the new Audio section under Settings > Ease of Access > Other options.

For a list of fixes and known issues, check out the official Windows Blog!