Oct 28, 2016
Microsoft has just released a new cumulative update for Windows 10 PC users. Labeled as cumulative update KB3197954, the release brings the build number up to 14393.351 and packs a number of improvements and fixes. 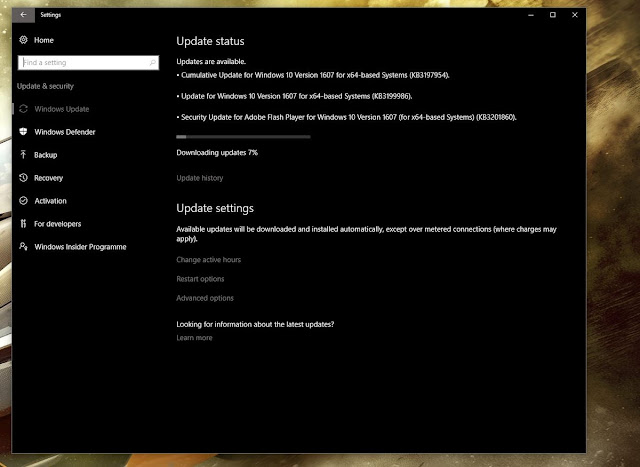 Here’s a look at what’s fixed and improved, according to Microsoft’s update tracker:

Addressed connectivity issue from a 32-bit application to a Remote Desktop Gateway that doesn’t have HTTP tunneling enabled.

Addressed issue of updates not being restored when doing a system reset, even if those updates were permanently installed.

Addressed issue that was causing domain logon attempts to fail on a Windows 10 Pro device after upgrading from Windows 10 Home.

Addressed issue that was causing failed logon counts of non-admin users without network logon permissions to be counted as cumulative, resulting in devices going into BitLocker recovery more frequently.

Improved reliability and stability of the notification framework for enabling contextual notifications in File Explorer.

This build has seen a quick move to production, as it was only just released to PC Insiders on the Slow and Release Preview rings this morning. At the moment, it looks as though the update is only hitting PC users, but we’ll update if that changes.