Jul 1, 2016
Microsoft sure isn’t wasting any time with sending new Windows 10 builds to Windows Insiders. Just a day after its last release, the company has now pushed a fresh update in build 14379 for PC and Mobile Insiders on the Fast ring. 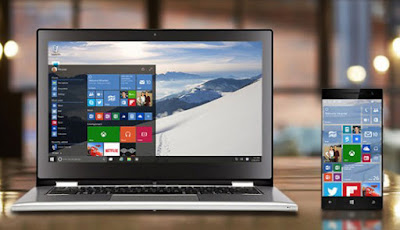 Like other recent builds, the latest doesn’t contain anything of note in the way of new or astounding features. However, it does pack plenty of bug fixes on both platforms. Here’s a look at what’s been fixed on PC, according to Windows Insider chief Dona Sarkar:

We fixed an issue where the size of the Credential UI might not be big enough to display the contents on a PC with High DPI.

We fixed an issue where Action Center might crash after dismissing a large number of notifications.

We fixed an issue where Centennial app launches from Start or Cortana wouldn’t count towards those apps bubbling up in Start’s “Most used” list.

We fixed an issue where no note would have keyboard focus after minimizing then reopening the Sticky Notes app.

Using Continuum from your phone on your PC via the Connect app will not work. This should be fixed in the next build.
As for Mobile users, here’s what you can expect to be fixed and improved:

We fixed an issue that could result in a stray focus rectangle becoming visible in certain apps, such as Groove or Cortana, after bringing up the keyboard.

We fixed an issue where the aspect ratio of images on live tile wasn’t preserved if they need to be shrunk, leading to them appearing stretched.

We’ve heard you and we are investigating decreases in battery life on older devices such as the Lumia 830, 930, and 1520.