While we know a decent amount about Project Scorpio, the next Xbox is still somewhat of a mystery, and some of the information we have unearthed has raised more questions than answers.
Will all of my Xbox One games work on Scorpio? What will Scorpio’s price be? Is Project Scorpio simply an Xbox One with boosted internals, or something more? Here’s everything we know so far, and a collection of educated guesses. 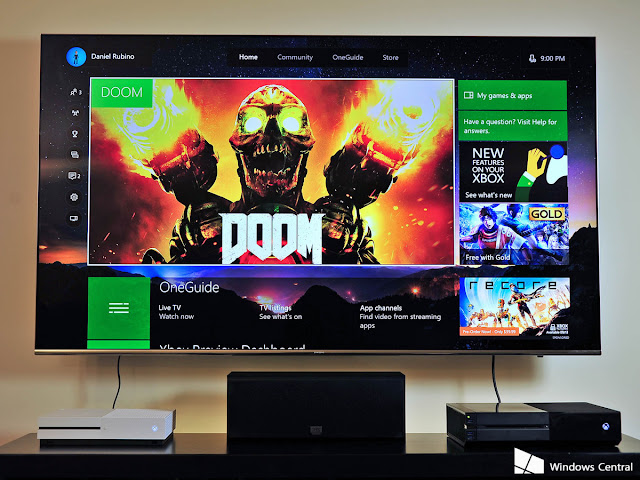 What is Project Scorpio and what can it do?

Project Scorpio will be the most powerful console ever made. Microsoft claims that Scorpio will rock 6 teraflops of computational power and 320 GB/s of memory bandwidth, Microsoft is aiming for uncompromising 4K UHD resolution gaming with Project Scorpio. The current Xbox One has a peak throughput of only 1.3 teraflops with a theoretical maximum of 200 GB/s of memory bandwidth, making Scorpio potentially over 4.5 times more powerful than the Xbox One.

Project Scorpio will power high-fidelity virtual reality experiences. Microsoft is also making a VR play with Scorpio, noting that the next Xbox will power high-fidelity VR gaming. Presumably, the “high-fidelity” part of this statement alludes to bigger games more befitting of Oculus Rift, PSVR, and HTC Vive, rather than the VR “experiences” seen on mobile devices. It remains to be seen whether Microsoft will provide its own VR headset or simply defer to third-party headsets, as seen by the partnerships revealed in October 2016. Unlike previous console upgrades, Project Scorpio will be fully backwards and forwards compatible with the Xbox One, including accessories, all games, and Xbox 360 backward compatibility. Besides VR experiences, Microsoft confirmed to me at E3 2016 that Project Scorpio will have no exclusive games. Instead, games will scale dynamically between Xbox One and Project Scorpio, unpacking more complex assets when the game detects it’s being installed for Project Scorpio.

Project Scorpio will share an operating system with the Xbox One, leveraging all the same features, including UWP, Cortana, background music support, and beyond. We know that Microsoft is working behind the scenes on tweaking the dashboard even further, and may introduce changes to snap mode, the Guide menu, and perhaps even the dashboard UX itself. 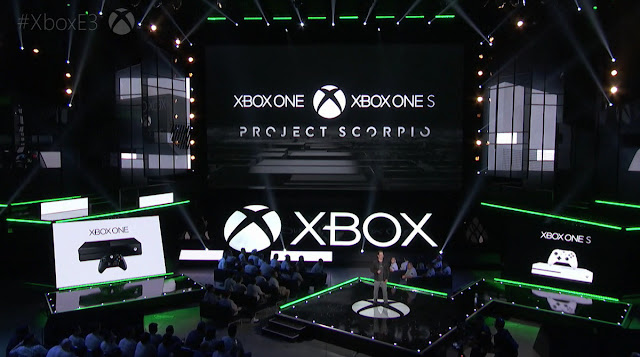 Microsoft has really stepped up its hardware game in recent years, seeing devices like the Surface Studio, HoloLens, and Xbox One S emerge from the labs at Redmond. We don’t know every feature Scorpio will have. Will there be a new Kinect? Will there be an Amazon Echo-like voice play? IoT devices using Microsoft Homehub? I think it’s safe to say Microsoft still has a few secrets up its sleeve, and Scorpio could get a Surface-like plot twist that differentiates it against its chief competitor, the PS4 Pro.

What does Project Scorpio mean for games?

Console generations as we know them are officially over. In an age where digital licenses are becoming more and more prevalent, Microsoft and Sony are leading us into a future where your content is king, transferring between devices and scaling as appropriate. This shift is primarily to allow for shorter console cycles to take advantage of the rapid march of technology. The gulf between current-gen console and PC hardware should, in theory, be a little smaller for those willing to spend the cash. 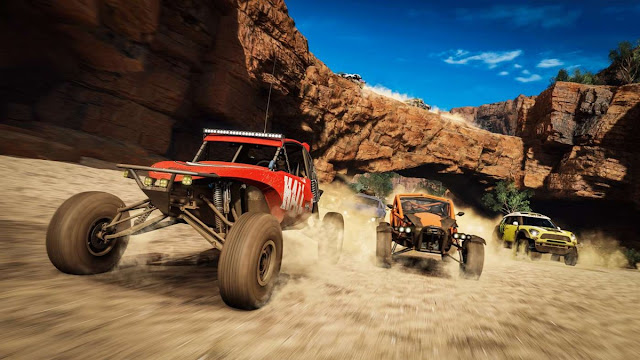 Games on Scorpio will run better, and look nicer. They will take advantage of advanced anti-aliasing techniques, with higher quality shadows, lighting, and of course, resolution. Textures will load faster, the scenery will look sharper, and the density of foliage should be higher. Switching between the Xbox One and Project Scorpio versions of a game should be akin to switching a game like Forza Horizon 3 and Gears of War 4 from medium to ultra settings. That said, there have been suggestions that Project Scorpio and Xbox One games will forcibly share frame rates to prevent competitive advantages, we’ve received some indication that it could be a misquote. We’ve asked Microsoft for clarification and will let you know if it comes.

When a game is installed on an Xbox console, it will detect what hardware is present and unpack the correct visual assets and features. Developers will have to enable those experiences, of course, and many of them might not see it as a worthwhile effort to make. Todd Howard of Bethesda and Fallout 4 fame and Patrick Bach from DICE of Battlefield fame both featured in the Scorpio reveal trailer, indicating that at the very least, Fallout 4 and Battlefield 1 will receive 4K versions on Project Scorpio. All first-party games will receive the Scorpio treatment; expect Gears 4, Forza, Halo Wars 2, and more to look stunning on Scorpio.

However, in an interview, Mass Effect Andromeda’s Michael Gamble said there are no plans for BioWare to support Project Scorpio, which will come as a blow considering how heavily the game is featured in the PS4 Pro’s marketing.

Making sure Scorpio has a solid launch line-up of enhanced games should be high on Microsoft’s agenda.

It remains to be seen just how many titles will get patches to support Scorpio’s hardware, and making sure Scorpio has a solid launch line-up of enhanced games should be high on Microsoft’s agenda.

Yes, mostly. To see the benefit of sharper resolutions above 1080p, you will need a 4K television. We’ve rounded up some of the best 4K TVs right here.

Phil Spencer has noted that Project Scorpio developers won’t necessarily be required to hit a 4K resolution with their games. They could opt for sub-4K resolutions, perhaps targeting 1080p, choosing to use the extra flops to pile on more intensive visual effects and techniques instead, at which point people without a 4K TV will see some benefits. It seems unlikely that developers will go down this route, though. 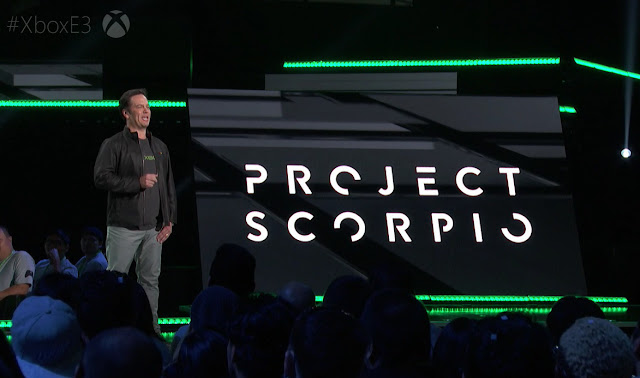 Project Scorpio will also probably be much faster for running apps, multi-tasking, and navigating the dashboard in general, although I’m not sure many will find it worthwhile to buy an entirely new console to gain a bit of speed in these areas.

We know that UWP games like Forza Horizon 3, Gears of War 4, and ReCore are 4K-ready for Project Scorpio, thanks to the unified development platform between Windows 10 and Xbox. At the very least, you should expect all Microsoft Studios games to target a full 4K resolution, and thus, a 4K TV.

Project Scorpio should mean closer ties between Xbox and Windows 10

Windows 10 and Xbox will get even closer with the launch of Scorpio. Microsoft began to bridge the divide between the Xbox One and PC at the start of this generation and completed the convergence in 2016 by allowing developers to target Xbox One with their apps and games as part of the Universal Windows Platform. The Xbox app for Windows 10 already gives us the majority of the social features available on the console, with Beam.pro streaming, deeper customization in the form of new avatars, and much more on the horizon for Windows 10, Xbox One, and Project Scorpio.

If Microsoft achieves its goals with Project Helix, Xbox-integrated games should be hitting the Windows 10 Store in greater numbers. As far as third-party developers are concerned, only a few indie outlets have really taken advantage of the integration between Windows 10 and Xbox One, allowing owners of Everspace and Astroneer to roam between devices.

What about Project Scorpio’s price?

Microsoft has described Scorpio a number of times as a “premium product,” leading some to speculate that the console will have high-end PC-like pricing, but Xbox head Phil Spencer slapped down some of the more insane estimates.

“When we designed Scorpio we really thought about this balanced rig that could come together at a price-point. Like, I want Scorpio to be at a console price-point, I’m not trying to go and compete with a high-end rig. And because we’re building one spec, we’re able to look at the balance between all the components and make sure that it’s something we really hit that matters to consumers and gamers.” 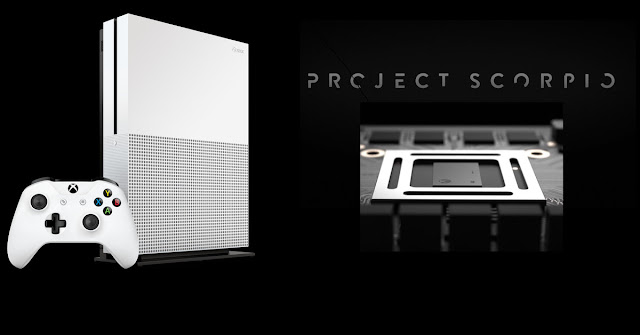 Outspoken Wedbush analyst Michael Pachter places Scorpio’s price at $399, putting it in-line with a Kinect-less launch Xbox One. Pachter cites the PS4 Pro as the main driving force behind this price estimate, as Sony’s console will likely get further price cuts to compete with Scorpio when it launches in 2017.

“The Xbox Scorpio is priced at $399. This might not be low enough, particularly if PS4 Pro drops before holiday 2017, but Microsoft has to price competitively or fall farther behind.”
Microsoft will probably be willing to sell Scorpio at a loss as it attempts to make up for lost ground from the Xbox One’s botched 2013 reveal. Considering Microsoft’s plan to make Scorpio the standard for game development, Scorpio has significant implications not just for Xbox, but also Microsoft’s gaming efforts for Windows 10 and UWP, making it all the more necessary to sell as many units as possible. We’ll probably find out Project Scorpio’s price at E3 during June 2017.

It will very probably be awesome

As noted, Microsoft has punched at the heart of the gadgetry landscape in recent years, taking the industrial design spotlight from the likes of Apple and others. Project Scorpio will likely be an excellent piece of hardware, but it only matters if the games follow suit.

Microsoft will have to ensure Scorpio has a wide range of 4K games available, both first and third-party, if they want to justify the upgrade to consumers. It also wouldn’t hurt to announce Scorpio alongside some projects slated for 2018 and beyond, and show how the games will differ between Xbox One and Scorpio (and the competition). We’re moving away from a console war and into an ecosystem war, and 6TF of computational power is only as good as the games that run on it.

Scorpio is potentially a more complex product for Microsoft than the PS4 Pro is for Sony, given how Microsoft wants to leverage Xbox and Scorpio to promote UWP as a gaming platform. Microsoft should exercise care not to alienate developers with their insistence on building games for UWP, and also be mindful of the weak consumer messaging surrounding the launch of the original Xbox One. When it comes to the consumer experience, the Windows 10 Store lags far behind Steam.

Under Phil Spencer, Xbox has shown itself to be very pro-consumer, offering thousands of dollars in free games on Games with Gold and with its prioritizing of new features based on user feedback, such as the landmark backward compatibility emulator. Project Scorpio is likely to continue the trend, and the hype train will begin kicking into high gear as we head through 2017.